Plastics company A. Schulman Inc. hired UBS Investment Bank as an adviser to explore strategic alternatives, after a dissident shareholder succeeded last month in getting board representation. 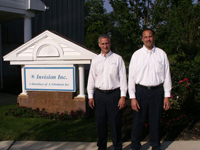 In January, dissident shareholder Ramius Capital claimed victory in a proxy battle after shareholders elected two of its candidates to the board of directors.

Ramius had criticized management for not living up to its promise to explore strategic alternatives, including a possible merger or sale.

"This is the latest step in the ongoing process of evaluating all alternatives available to the company to maximize stockholder value," said Joseph Gingo, chairman, president and chief executive officer of the company.

A. Shulman is a global plastics supplier, headquartered in Akron, Ohio. The company is a leading international supplier of high-performance plastic compounds and resins, which are used as raw materials in a variety of markets. In 2007, the company was listed as 981 on the Fortune 1000.