Generex Biotechnology Corp explained the sharp decline of its stock price on Monday by a decision of several leading drugmakers to stop developing inhaled insulin products. 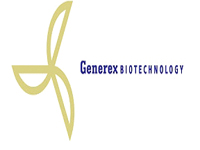 Generex is engaged in the research, development, and commercialization of drug delivery systems and technologies. Generex has developed a proprietary platform technology for the delivery of drugs into the human body through the oral cavity (with no deposit in the lungs). The company’s liquid formulations allow drugs typically administered by injection to be absorbed into the body by the lining of the inner mouth using the proprietary RapidMist™ device.

The Company's flagship product, oral insulin (Generex Oral-lyn™), which is available for sale in Ecuador for the treatment of patients with Type-1 and Type-2 diabetes and which was approved for sale in India in October 2007, is in various stages of clinical development around the world. The Company announced that the global Phase III clinical trial of Generex Oral-lyn™ has commenced in the USA, Canada, Russia, The Ukraine, Romania, Bulgaria and Poland.

Shares of Generex fell as much as 20 percent on Monday.

Eli Lilly & Co, which was developing an inhaled insulin treatment with Alkermes Inc, was the latest drugmaker to terminate development of inhaled insulin and follows similar decisions by Pfizer Inc and Novo Nordisk.

In related news, Mannkind on Monday also said it was committed to developing its inhaled insulin product.

Shares of Generex rose about 13 percent before the bell to $1.06, after closing at 94 cents Monday on Nasdaq.