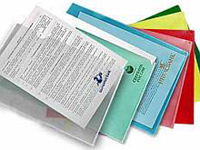 Investors requested 1.84 times more shares than the bank offered for sale, Societe Generale said in an e-mailed statement today. The new shares were sold for 47.50 euros each. The existing shares closed yesterday at 64.08 euros, down 12 percent from a month ago when the rights offer was first announced.

Paris-based Sociate Generale lost 3.35 billion euros in the fourth quarter after a 4.9-billion-euro trading loss and 2 billion euros of writedowns related to the collapse of the U.S. subprime mortgage market. Net income for the year tumbled 82 percent to 947 million euros.

Most of Societe Generale's largest shareholders subscribed to the issue and few sold their rights.

“The offer was heavily supported by current shareholders who believe in the strategy of Societe Generale”, an analyst said. Total subscriptions amounted to 10.2 billion euros, which for a financial institution in these market conditions is remarkable.''

In France, shareholders subscribing to a rights offer can ask to buy extra shares. Only 1 percent of the new shares issued were allocated for these requests.

Societe Generale blames its trading loss on Jerome Kerviel, who it claims hedged his bets with fake trades. Kerviel is in prison while magistrates investigate his case. While he has admitted to forging documents to create the illusion he was hedging his positions, he says his superiors must have been aware of what he was doing.

The bank said the rights offer increases its Tier 1 capital ratio, a measure of its ability to cover unexpected losses, to 8 percent from 6.6 percent at the end of December.

The new shares, to be issued March 13, carry dividend rights from the start of 2008. Shareholders were allowed to buy one new share for every four shares held or to sell the rights. The stock will trade separately until being merged with the existing shares after this year's dividend is paid on June 3.