Two Wachovia’s employees are under suspicion

Wachovia Corp on Thursday said two employees in its main banking unit are targets of a U.S. Department of Justice probe into competitive bidding in the municipal derivative markets. 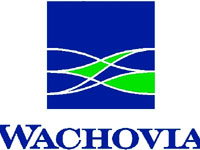 Two Wachovia’s employees are under suspicion

In its annual report filed with the U.S. Securities and Exchange Commission, the company said the department notified the Wachovia Bank employees in November that they were targets, and that the employees are on administrative leave.

Wachovia said the Department of Justice and the SEC both believe that certain Wachovia employees engaged in improper conduct on some competitively bid transactions.

It said it is cooperating with subpoenas from both agencies, which began requesting information from financial institutions in November 2006.

Wachovia Corporation, based in Charlotte, North Carolina, is the fourth largest banking chain in the United States based on total deposits.

Wachovia is a diversified financial services company that provides a broad range of banking, asset management, wealth management, and corporate and investment banking products and services. It is one of the largest providers of financial services in the United States, operating financial centers in 21 states and Washington, D.C., with locations from Connecticut to Florida and west to California.

It also serves retail brokerage clients under the name Wachovia Securities nationwide as well as in six Latin American countries, and investment banking clients in selected industries nationwide. Wachovia provides global services through more than 40 offices around the world.