Sirius Satellite Inc, which intends to buy rival XM Satellite Radio, reported a narrower fourth-quarter loss after an increase in subscribers to its pay-radio service. 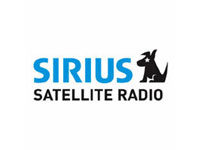 Sirius Satellite Radio is one of two satellite radio services operating in the United States and Canada , along with XM Satellite Radio. Headquartered in New York City , with smaller studios in Los Angeles and Memphis , Sirius was officially launched on July 1, 2002 and currently provides 69 channels of music and 65 streams of sports, news and entertainment to listeners.

Music streams on Sirius carry a wide variety of genres, broadcasting 24 hours daily, commercial-free. A subset of Sirius music channels is included as part of the Dish Network satellite television service. Sirius channels are identified by Arbitron with the label "SR".

With most Sirius-enabled radios, the user can see the artist and song information on display while listening to the stream. The streams are broadcast from three satellites in a tundra orbit above North America .

Analysts on average had expected a loss of 13 cents a share.

Its average monthly subscriber churn -- a measure of users who quit the service -- was 2.3 % in the fourth quarter, compared with 2.1 % in the third quarter.

Sirius and XM announced plans to combine on February 20 of last year, with hopes of sealing the deal by the end of 2007. However it has still not received approval from U.S. regulators, including the Department of Justice, which will decide if combining the two U.S. satellite radio companies would be anti-competitive for consumers.

The deal also requires the approval of the Federal Communications Commission.