RealNetworks has acquired Trymedia Systems Inc. in order to double the scale of its business. 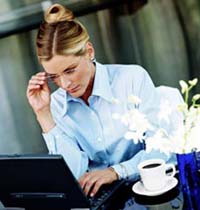 RealNetworks (NASDAQ: RNWK) is a provider of Internet media delivery software and services based in Seattle, United States. The company is best known for the creation of RealAudio, a compressed audio format, RealVideo, a compressed video format and RealPlayer, a media player. The company is also known for its subscription-based online entertainment services like Rhapsody, SuperPass, and RealArcade, and for its media properties like Film.com and RollingStone.com (which it operates in partnership with Rolling Stone owners Wenner Media).

Trymedia is a division of Macrovision that provides digital distribution services based on its proprietary ActiveMARK DRM and digital distribution technology. It was founded in 1999 as Trymedia Systems, Inc. by cousins Alex and Andres Torrubia. The company was launched in Spain, and after a round of fund-raising in New York, relocated to San Francisco. Macrovision acquired Trymedia for US$34 million on July 26, 2005. The acquisition is widely regarded as a failure in both execution and technology, with Macrovision shutting down all but minimal life support functions.

Thanks to this amalgamation both companies hope to offer partners a wider range of services.