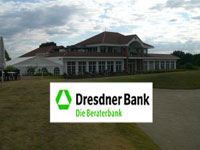 Dresdner is the last of the banks that manage SIVs to draw up a rescue plan. It said the move, which will provide financing to repay all K2 's senior debt, would have "no significant impact" on its capital base.

Credit analysts at Royal Bank of Scotland said in a note they expected the bail-out only to lead to a "modest additional capital requirement" under Basel II. They said Allianz debt remained a core holding.

Banks have been scrambling to support their SIVs, which issue short-term debt and invest the proceeds in longer-term securities, mostly bank debt and asset-backed securities. At its peak the sector held nearly $400 billion in assets.

SIVs hit trouble after investors shunned their debt due to fears over exposure to subprime mortgages; at the same time the value of the vehicles' assets dropped sharply as banks were battered by writedowns and the asset-backed bond market froze.

The combination put them at risk of hitting triggers where they would have to dump assets to repay bondholders; that sparked fears of fire sales of billions of dollars worth of debt into already battered markets.

U.S. banks, in a move supported by the Treasury, last year proposed a "SuperSIV" that could help to resolve the problem, but the plan was scrapped in December after individual banks moved to restructure their own SIVs.

Standard Chartered this week walked away from proposals to support its Whistlejacket SIV. The vehicle was forced to go into receivership after a steep value in the fall of its assets -- over a period of just four trading days, according to Moody's Investors Service -- hobbled an initial plan to provide liquidity.

Analysts have warned that banks face a race against time to ensure their support plans are implemented before further technical problems arise.

Since 2002, Dresdner Bank has been a wholly-owned subsidiary of the insurance corporation Allianz. Dresdner Kleinwort, the Investment Bank arm of Dresdner recently, in July of 2006 dropped Wasserstein from their name and went through a re-organization of corporate bank, capital markets and investment bank. The arm made up of Capital Markets and Investment Banking.