By Anastasia Tomazhenkova: A global American beverage and snack company PepsiCo Inc. posts its 2008 profit outlook is unchanged from a previous forecast and that it plans to buy back 4.3 billion dollars in shares this year. 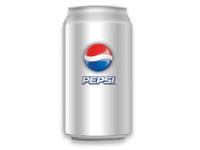 PepsiCo expected 3% to 5% volume growth, mid- to high-single digit revenue growth and full-year earnings a share of 3.72 dollars in 2008.

Analyst Bill Pecoriello of Morgan Stanley told investors the quarterly results were in line with expectations, and that the company's stock could be better off now that the company has confirmed its outlook for the year.