Clear Channel Communications’ profit rose 4% in the fourth quarter of 2007 compared to 2006, to $1.84 billion-mostly because of the continuing strong performance of the company's outdoor division, which increased 13% to $936.7 million. This is the first time that Clear Channel Outdoor has gained more than Clear Channel Radio, where profits dropped 3% to $874.6 million. 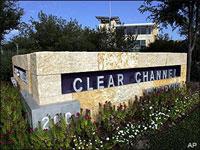 For the full year, the radio business was still slightly larger than outdoor. In 2007, the outdoor division's revenues were up 13% to $3.38 billion, while radio was basically flat at $3.49 billion. Total annual revenues rose 6% to $6.81 billion, including a small amount of extraneous income.

The fourth quarter switch-up at Clear Channel reflects broader trends in media spending, where out-of-home is flourishing, while radio is stagnant or even declining. After coasting during the first two quarters, according to the Radio Advertising Bureau, total radio revenues dropped 5% in the third quarter and roughly 4.3% in the fourth (calculated by averaging 2% in October, 6% in November, and 5% in December).

At the same time, out-of-home maintained 6% revenue growth in the third quarter and probably grew 6% to 7% for the full year 2007. Fourth-quarter results are not yet available for the industry--but it appears to be defying gravity amid signs of a slowing economy.

The fourth-quarter decline in radio revenues at Clear Channel raised concern among Wall Street analysts that weak financial performance could derail the planned sale of the company to private equity. The secular downturn in radio comes at a particularly bad time, accompanied by a worldwide credit crunch that could make borrowing more expensive for Thomas H. Lee Partners and Bain Capital Partners, the companies leading the buyout.

It should be noted that Clear Channel Outdoor got a big boost caused by the American economy decline.

Clear Channel Communications is a media conglomerate company based in the United States . Clear Channel, founded in 1972 by Lowry Mays and Red McCombs, wields considerable influence in radio broadcasting, concert promotion and hosting, and fixed advertising in the United States through its subsidiaries. The largest U.S. radio station owner owns over 1,100 full-power AM, FM, and shortwave radio stations, twelve radio channels on XM Satellite Radio, and more than 30 television stations in the United States, among other media outlets in other countries. The present head of the company is Mark Mays, and its headquarters is located in San Antonio , Texas .

The term "clear channel" comes from AM broadcasting, referring to a channel (frequency) on which only one station transmits. In U.S. and Canadian broadcasting history, "clear channel" (or class I-A) stations had exclusive rights to their frequencies throughout most of the continent at night, when AM stations travel very far due to sky wave. WOAI in San Antonio , one of Clear Channel's first acquisitions, was such a station.