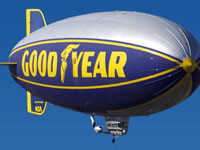 The company estimates that a 12-week strike at its North American facilities in 2006 reduced fourth quarter 2006 sales by 318 million dollars.

Improved pricing and product mix drove revenue per tire up 10% over the 2006 quarter.