By Anastasia Tomazhenkova: Analysts expect that world tea prices this year will continue to rise due in part to the civil unrest in Kenya, which can reduce production by 10%. 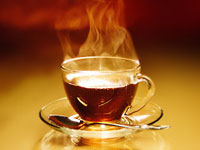 The world indicator price for tea rose 11.6% to 1.83 dollars per kilogram in 2006 from the previous year, the Rome-based Food and Agriculture Organization said in a report on tea trends in 2006, the latest figures available.

Production and consumption were converging at around 3 million tons.

"Although supply will outstrip demand, the gap will be closer than it has ever been," said Kaison Chang, an FAO tea expert.

The FAO's report on trends in the tea market was prepared for the Global Dubai Tea Forum to be held February 19-20.