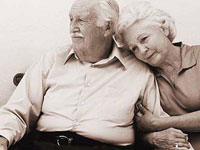 The company, which derives 70% of its revenues by providing care services on behalf of most UK local authorities, said demographic trends suggest many thousands of new long-term care beds were needed over the next 25 years to meet growing demand.

Adjusted earnings before interest, income taxes and depreciation and amortization increased to 18.2 million pounds (35.8 million dollars) in the 16 weeks ended January 20 from a year earlier, the Darlington, England-based company said in a statement today.

"Trading remains strong and in line with our expectations, and we are pleased with the outcome during this seasonally affected period," the company said in a statement. The company said they opened one new development in Windsor, adding 68 beds, and expect to open a further 13 facilities with 700 beds by the end of the current financial year.

"We have agreements in place for the development of a further 1,400 new beds to be delivered by September 2009," the company said.