By Margarita Snegireva. State Street Corp. said Thursday that it's setting aside $279 million to cover potential lawsuits from losses sustained by its investment arm's fixed-income division as a result of buying securities tied to subprime mortgages, prompting the resignation of a key executive. 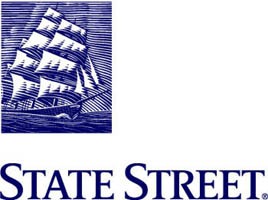 State Street Corporation is a financial services company based in Boston, Massachusetts, that provides products and services for portfolios of investment assets. State Street focuses its services on institutional investors and investment management. Its customers include mutual fund, collective investment funds, corporate and public pension funds, companies and not-for-profit organizations.

State Street Corporation has been in business since 1792 and is one of the oldest companies in the United States. The company employs 26,000 staff around the world. The bank claims assets under custody of US$15.1 trillion and assets under management of US$2.0 trillion as of September 30, 2007.

State Street pegged the size of the charge to be taken against results for the fourth quarter at $279 million, or 71 cents a share. The charge is needed to establish a reserve to address legal exposure and other costs associated with fixed-income strategies managed by State Street Global Advisors, its investment arm.

The performance of the unit has led to, in the Boston-based bank's words, "customer concerns as to whether the execution of these strategies was consistent with the customers' investment intent."

State Street said the poor performance stems from the extensive turmoil in the credit markets over the past six months. Its fixed-income strategies were adversely affected by exposure to subprime mortgage markets as well as and the lack of liquidity in these markets.