Toyota to beat its sales record in 2008 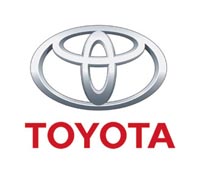 Toyota to beat its sales record in 2008

By Alexandra Steblinina. Toyota announced its plans to sell 9.85 million vehicles worldwide in 2008 despite worries about a slowing U.S. car market.

And besides the cars maker is going to produce 9.95 million vehicles worldwide next year, up 5 percent from this year - the same projected on-year percentage jump for Toyota's global sales, the AP reported.

As Pravda.ru previously reported, Toyota continued its drive to overtake Ford this year as the No. 2 automaker by U.S. sales, outselling Ford by nearly 15,000 vehicles. Toyota's sales were flat for November compared with last year, with a 4 percent increase in car sales - including a 109 percent jump for the hybrid Prius - offset by a 5 percent drop in sales of trucks and sport utility vehicles.

It is the world's second largest automaker behind General Motors. However it ranks first in net worth, revenue and profit. It is also the only car manufacturer to appear in the top 10 of the BrandZ ranking.