Auto maker BMW to slash thousands of jobs next year

Cars maker BMW AG said Friday that it would slash thousands of jobs in 2008 in an attempt to reduce costs. 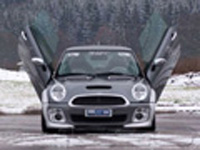 Auto maker BMW to slash thousands of jobs next year

The company’s spokesman Mathias Schmidt didn’t concretize how mush jobs would be cut, but in a report on its Web site the news magazine Der Spiegel said the figure was 8,000, the AP reports.

Schmidt said that most of the cuts would come in Germany.

It sold 129,460 BMWs, Minis and Rolls-Royce models last month, with its 3-Series leading the push and accounting for more than 40 percent of sales, the company said. That is more than the 114,331 it sold last year.

Mini sales, including the new Clubman model, pushed sales more than 42.4 percent higher last month, with 19,078 cars sold, up from the 13,402 sold in November 2006. Sales of its expensive and luxurious Rolls-Royce autos rose 50 percent with 135 sold, compared to 90 a year earlier.