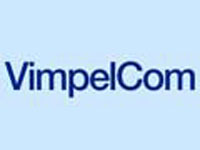 The purchase for $105 a share may be announced later today, the newspaper reported. The price is in line with the offer VimpelCom and Golden Telecom announced earlier this month.

The acquisition would create Russia's first integrated mobile and fixed-line provider. VimpelCom, which had more than 61 million subscribers at the end of October in Russia, Armenia, Kazakhstan, Ukraine, Tajikistan, Uzbekistan and Georgia, plans to expand into more markets and services such as broadband Internet.

Golden Telecom said on Nov. 8 it had 394,900 broadband subscribers in Russia and plans to become the leading high-speed Internet provider in the nation and in other former Soviet countries.

Vimpelcom was founded in 1992 and initially operated AMPS/D-AMPS network in Moscow area. In 1996 Vimpelcom became the first Russian company listed on the New York Stock Exchange.

In 1997 the company began GSM network roll-out. In 2001 it started to start GSM networks throughout Russia's regions, having gradually increased its regional presence to the majority of Russia's territory.

In November 2005 Vimpelcom stepped further with foreign acquisitions by acquiring 100% of Ukrainian RadioSystems, a marginal Ukrainian GSM operator operating under Wellcom and Mobi brands. The deal has been surrounded by a controversy involving two major shareholders of Vimpelcom: the Russian Alfa Group and Telenor, the incumbent telco in Norway.

In 2004, Vimpelcom CEO Alexander Izosimov, formerly a top Mars, Incorporated executive, was named the best Russian manager by the Managers Association of Russia.

One of the internationally known shareholders of Vimpelcom is Telenor, Norwegian telecom conglomerate.