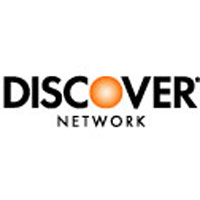 Discover warned earlier this month that it would be hit by a big impairment charge because of Goldfish.

Discover Card is one of the four major credit card brands issued primarily in the United States, with over 50 million cardholders.

The Discover Card was originally introduced by Sears in 1985, and was part of Dean Witter, and then Morgan Stanley, until 2007, when Discover Financial Services became an independent company.

Most cards with the Discover brand are issued by Discover Bank. Discover Card transactions are processed through the Discover Network payment network.

As of February 2006, the company announced that it would begin offering Discover Debit cards to banks, made possible by the Pulse payment system, which Discover acquired in 2005.

In the latter part of 2007, Discover Card began raising interest rates on many of its longer-term customers, typically to the Prime Rate plus 14.74% (which in October 2007 equated to a 22.99% annual percentage rate).

Customers who request the reasons in writing for the decision are notified that the increase is based on any (and not necessarily all) of the following characteristics:

Thus, Discover Card is turning upside-down the traditional "brand loyalty" model, by penalizing long-term, value-conscious customers, citing that this is a "competitive business decision." Customers affected by the rate increase are able to opt out by canceling their accounts.