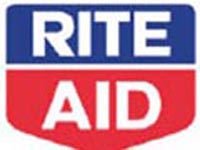 Revenues for the third quarter were $6.52 billion – lower than predicted.

The company is publicly traded on the New York Stock Exchange under the ticker RAD. Rite Aid began in 1962 as a single store opened in Scranton, Pennsylvania called Thrif D Discount Center. After several years of growth, Rite Aid adopted its current name and debuted as a public company in 1968. Rite Aid is headquartered in Camp Hill, a suburb of Harrisburg, Pennsylvania.

Its major competitors include CVS and Walgreens.