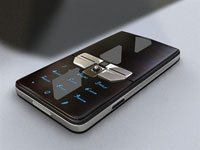 Ericsson, Telecom equipment maker, said Thursday it had acquired HyC Group, a Spanish TV consultancy and systems integration company with about with about 110 employees.

Ericsson said the acquisition bolstered its position as a systems integrator of IPTV solutions, Reuters reports.

Ericsson (Telefonaktiebolaget L. M. Ericsson) is a leading Swedish-based provider of telecommunication and data communication systems, and related services covering a range of technologies, including handset technology platforms. Founded in 1876 as a telegraph equipment repair shop by Lars Magnus Ericsson, it was incorporated on August 18, 1918.

Headquartered in Kista, Stockholm Municipality, since 2003, LM Ericsson is considered to be part of the so-called "Wireless Valley". Since the mid 1990s, Ericsson's extensive presence in Stockholm helped transform the capital into one of Europe's hubs of information technology (IT) research.

IPTV (Internet Protocol Television) is a system where a digital television service is delivered by using Internet Protocol over a network infrastructure, which may include delivery by a broadband connection. A general definition of IPTV is television content that, instead of being delivered through traditional broadcast and cable formats, is received by the viewer through the technologies used for computer networks.

IPTV is typically supplied by a service provider using a closed network infrastructure. This closed network approach is in competition with the delivery of TV content over the public Internet, called Internet Television. In businesses, IPTV may be used to deliver television content over corporate LANs.