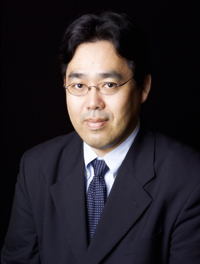 He said “We envision future cars will be able to monitor brain and emotional activity to back up elderly drivers.”

The future vehicle will determine the driving patterns of drivers and curb any dangerous activity, Kawashima said.

For example, if the car senses that the driver is hitting the gas pedal with no reason it will automatically slow the vehicle down.

"Ultimately, we hope to develop cars that stimulate brain activity, so that driving itself becomes a form of brain training," Kawashima said.

Toyota Motor Corp. representatives are attending sessions of Kawashima's "Mobility and Smart Aging" study group, which he set up in May to discuss elderly friendly cars, the researcher said.

The automaker and Tohoku University "are done with brainstorming and ready to start making some of the technologies," Kawashima said, adding a rudimentary system could be applied to cars in five years.

He said he could not give further details until the project got off the ground.

Toyota ’s engineers were working with Tohoku University but were not ready to announce any specific technologies, the company’s spokesman Kayo Doi said.

"Brain Age" - a brain-training game series developed by Kawashima and Japanese entertainment company Nintendo for the DS handheld game console - has sold millions of units across the globe.

Kawashima says doing simple puzzles and exercises can help stimulate the brain and keep it supple.