Microsoft Chief Executive reports: 'Google is not ahead of us'

Microsoft Chief Executive Steve Ballmer, in Tokyo to launch the new Windows Live services, played down the threat of Google Thursday, denying the rival was ahead in any way but in online searches. 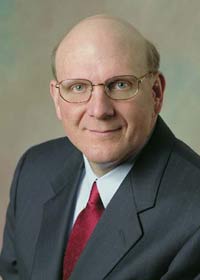 Microsoft Chief Executive reports: 'Google is not ahead of us'

"Google is not ahead of us," he told reporters at a Tokyo hotel. "In the area of search specifically, Google would lead."

Microsoft Corp. on Thursday began offering its Windows Live programming package for e-mail, instant messaging, blogging and photo-sharing in Japan. The product was announced in the U.S. Tuesday.

On Monday, Google Inc., which already offers similar services online for personal computers, said it will offer a new free software package for mobile devices called Android, scheduled to hit the market during the second half of next year.

Google is offering its technology to handset manufacturers so consumers will be able to use Google's search engine, e-mail and maps on mobile devices as easily as on personal computers.

Ballmer said it was difficult to comment on Google's mobile plans because they were still "just words on paper" that had yet to begin.

Ballmer expressed hopes for Microsoft's business in Japan, noting that Japanese consumers were ahead of the rest of the world in accessing the Internet on cell phones because of the popularity of the "i-mode" Net-linking mobile service that NTT DoCoMo launched in February 1999.

But Ballmer acknowledged Microsoft expects to continue to lose money in its global online business for some time. Although online advertising revenue is growing, Microsoft is still "in an investment mode" in online businesses, he said.

A Microsoft Japan official demonstrated some Windows Live features, including how 20 digital photos of a waterfall taken from various angles could be edited into a seamless panoramic photo, and then uploaded on a blog - all for free.

More than a dozen Japanese companies have signed on as partners for Windows Live, including top telecommunications company Nippon Telegraph and Telephone Corp., mobile and Internet services company Softbank Corp. and electronics maker NEC Corp., according to Redmond, Washington-based Microsoft.