Five teenage Russian boys of ten and twelve years of age disappeared in April. Their charred bodies were found almost a month later in a sewage well 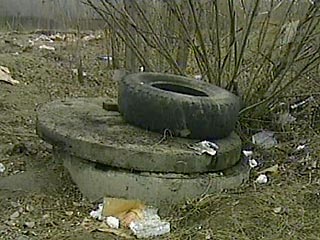 The Office of the Russian Prosecutor General agreed with British specialists to conduct a joint expertise to determine the cause of death of five Russian teenage boys, who were killed in Russia's Krasnoyarsk in April of the current year. The statement on the matter was released from an official spokeswoman for the Office of the Prosecutor General of the Russian Federation, Natalya Vishnyakova.

An officer from the international department of the Prosecutor General Office arrived in London to negotiate with British legal experts. “The agreement with Britain has been achieved only after the continuous quest for respectable expert organizations abroad,” Vishnyakova said.

Russian investigators have run out of all possibilities to conduct such an expertise in Russia, which eventually became the reason of their address to British specialists, Interfax reports.

Specialists are currently negotiating the financial issue of the forthcoming investigation: the basic cost of the expertise is to make up not less than 70,000 pounds sterling. “British experts have only one goal: to determine the children's cause of death and find answers to several other questions connected with their death,” Vishnyakova said.

The Prosecutor of the Krasnoyarsk region of Russia, Viktor Grin, stated earlier that the bodies of the five children would not be delivered to their parents until the investigation was finished. “It is impossible to let the relatives bury the bodies because the cause of death has not been determined yet,” the prosecutor said. “Over 40 various works have been conducted, although specialists failed to identify any of the found children,” Grin added. The official did not specify, when the investigation in England is going to end, at least approximately, Interfax said.

(10) and Dmitry Makarov (10) disappeared under mysterious circumstances on the outskirts on Krasnoyarsk on April 16 of the current year. Police officers found five charred bodies in a sewage well on May 8, not far from the residential area, where the five boys lived.

The preliminary investigation conducted on the base of fragments of clothes and personal things showed that the remnants belonged to the five missing Krasnoyarsk boys. A series of additional examinations was needed to identify the bodies, although none of them proved to be successful. Experts are still unaware of how the boys died, whether they were killed or died accidentally.