The anomalously hot weather in Moscow has broken all possible records. It is a real torture for Muscovites to use the underground in such weather conditions. In rush hours the temperature in metro cars rises to +33° С . Awful noise, the lack of oxygen and thousands of passengers make it almost impossible to survive a metro ride. 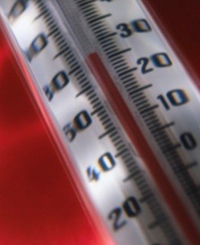 For elderly and hypertensive people every trip in the Moscow metro can easily turn into their last one. Ten people have already died in the metro since the time when anomalously hot weather hit Moscow. Every day about 15 Muscovites faint in the Moscow underground.

While most people suffer from anomalous heat, some people gain unusual profits from it. Street vendors selling soft drinks and ice cream register an increase of their profit by 80 percent.

Muscovites prefer to fight the hot weather by drinking cold beer, kvass and mineral water. Healthy drinks such as juice are not so popular in Moscow. Muscovites also buy a lot of fruit, vegetables and ice cream. The companies selling air conditioners also say that their profits have skyrocketed during the recent couple of weeks.