A long-awaited daughter of Igor and Marina Brezho was born on August 22, 2005. Yet the Brezhos’ happiness was cut short when their baby died within an hour after the birth. The parents did not even have time to name their offspring. 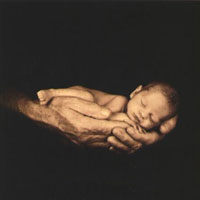 “Doctors performed their duties with negligence”

Marina Brezho had a case of complicated pregnancy. She was rushed to the Moscow-based Snegiriov Clinic of Obstetrics and Gynecology following a preliminary diagnosis of preterm birth. The doctors warned her straightaway: “You’re unable to give birth to your baby by yourself so we’ll have to deliver it by Caesarian section.” The woman spent five days in an intensive therapy unit after the operation. The doctors failed to save the life of Marina’s newborn daughter.

Following her discharge from the hospital, Marina laid the blame for the death of her baby on the doctors.

“My child died in 1 hour 20 minutes after the birth due to the doctors’ negligence… In particular, Andrei Lipman, chief doctor at the prenatal pathologies department, is to blame for negligence. I was admitted to the above department on August 19, 2005. Because of Lipman’s self-importance, the doctors performed Caesarian section on me only in the afternoon of August 22. I was feeling very bad during those days that preceded the operation. Apparently, there was the release of amniotic fluid. A placental separation was under way. But the doctors didn’t attend me since it was a weekend. As a result, our baby has died. Damage was also done to my health – I had pulmonary emphysema shortly after the operation. I was treated for 5 days in an intensive therapy unit. I had acute pneumonia afterwards. I still suffer from labored breathlessness. I had no chance to take a look at my baby; I couldn’t take part in her funeral because I was still in my sickbed at the time.”

“The baby was doomed to die”

“It was Marina’s second pregnancy. Her first pregnancy had to be terminated because the doctors detected cranial failure of the fetus. The infant born out of her second pregnancy was incompatible with life too. The newborn had pulmonary failure. The condition was impossible to detect by intrauterine diagnosis. It was discovered only during an autopsy,” said Lipman, in an interview to Komsomolskaya Pravda.

“The allegations posted by Marina on the Internet are totally groundless. Any specialist knows that a fetus will die within 15 minutes following placental separation. Had her placenta really begun to separate on Friday, and the process had lasted through Monday, Marina wouldn’t have made it in the first place. With no medical help provided to her, she would have been dead in a short while,” Prof. Lipman said.

“I can appreciate that she’s been grieving for the loss of her child. It’s a terrible tragedy. But that woman really tried to terrorize me. She distributed letters full of similar allegations among the patients of my clinic. She even managed to get an e-mail address of my daughter and sent her the same letter. On of the lines of that letter read: ‘Your father is a murderer’,” added Lipman.

The Brezhos decided to bring action against the doctors once Marina started to recover from her illness. They filed a lawsuit to a prosecutor’s office and demanded that the Health Ministry open investigation into the actions of the medical staff. The spouses claimed that the doctors had colluded to tamper with official records pertaining to the case. However, both the prosecutors and the ministry officials ruled that the doctors were not responsible for the death of the infant.

Then Igor Brezho made up his mind to visit punishment on the “murderers” of his daughter through his own efforts. Brezho believed that Prof. Lipman was directly involved in the death of the child. Acting on that premise, Brezho started looking for a man who could kill the obstetrician for some remuneration.

Prof. Lipman was apparently in luck. The police at the department dealing with organized crime and terrorism must have got a tip on a contract killing in the works. A plainclothes police officer played the role of a killer for hire. One day the impostor met Brezho and agreed to do the job. “The killer” received an advance payment from Brezho. “The victim” vanished without a trace on the day he was supposed to be killed.

In actuality, Prof. Lipman was hiding away at his friends’ place for 8 days.

“My murder was staged by the police. They put me in a hole and splashed some ketchup over my head and chest. They photographed the “body” so that the pictures could be displayed to the criminal. I was really shocked when they told me that Marina’s husband was going to hire a man and have me killed. He valued my life at $11,000.” Prof. Lipman said.

“The killer” telephoned Brezho and told him that the “job was done as agreed.” The police handcuffed Brezho shortly after “the killer” showed him the photos during a meeting in Novokuznetskaya Street on May 5. Brezho was arrested while handing the rest of the money to the impostor. Brezho was already charged with conspiracy to murder. He could be sentenced up to 20 years in jail.