Max Myaskovsky, the 18-year-old Russian immigrant, has been arrested by the police on Manhattan Beach in California. Myskovsky is charged with homicidal intent. 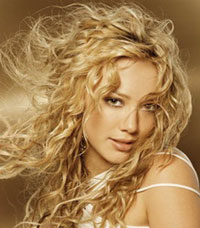 Myaskovsky spent two years bumming about Los Angeles in an attempt to meet Hilary Duff, a well-known actress and singer. According to witnesses, Myaskovsky was somehow under the impression that Duff and himself were meant for each other. He was confident that Duff would be captivated by his charms till the end of time once she came across him.

According to a private detective who was hired to investigate the case, the suspect was planning to murder Hilary Duff and her fiancé Joel Madden, a front man with the rock band Good Charlotte.

Hilary Duff enjoys great popularity with U.S. teenagers. Myaskovsky is reported to have frequently visited web sites and forums relating to the actress/singer. He admitted to having a crush on Duff. He seems to have become obsessed by an idea to relieve the actress of her fiancé.

Myaskovsky revealed his threats when he posted his comments on themovieblog.com.

Myaskovsky’s casual contacts later relayed his story in court. Myaskovsky and his parents arrived to the United States from Russia. His father then passed away, his grandfather died too. Apparently, Max Myaskovsky was a problem child. His mother did not want any aggravations in her life. So she simply kicked him out of her house.

“Max is an overweight young man, he wears glasses. He speaks English with a light East European accent. He used Internet for gathering information on Duff and her boyfriend. He was about to fulfill his plan when he got busted by the police,” said a witness.