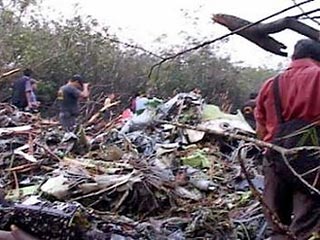 Passenger plane Boeing-737 of Peruvian air company TANS crashed near the city of Pucallpa in the central part of Peru on Tuesday. The plane was on domestic flight from Lima to Pucallpa.

Peruvian authorities say there were 100 people on the plane – 93 passengers and seven members of the crew. 52 people are hospitalized. According to the information that is still to be confirmed 48 passengers were killed. 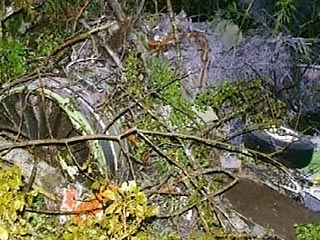 It is reported that the plane was affected by bad weather.
41 bodies were recovered, including dead children and babies, BBC reports. All seven members of the crew were killed.

Peruvian president Alejandro Toledo said that he would control the rescue operations himself. He promised to provide necessary help to the relatives of the killed passengers.

TANS airlines spokesman Jorge Belevan said, the plane crashed over hurricane. "The preliminary information we have is that the accident could have been caused by wind shear, which is a cross wind that when it occurs at the moment of landing, as skilled as the pilots may be, makes the plane go out of control," he said.

Jorge Belevan claims there were 16 foreigners on the plane, including 11 Americans, two Italians, one Columbian, one Spaniard and one Australian. Rescue team and doctors say that 52 people survived including six Americans and to Italians.

It has been the third serious plane crash recently. A week ago Columbian plane crashed in Venezuela killing 160 people. Another passenger plane crashed near Athens on 14 August.