Russian and Polish presidents forced to regulate attacks against their citizens

There is another "victim" of the diplomatic war between Poland and Russia - Pawel Reszka, a journalist of the respectable Polish newspaper, Rzeczpospolita. Pawel Reszka wrote in his report from Moscow: “An embassy employee and then the second secretary of the Polish embassy were beaten by unidentified individuals. Our diplomats started wondering in their private conversations who was going to be next.” Unfortunately, the author of the report became the next victim himself. 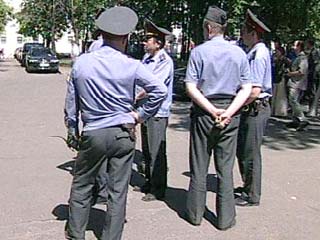 According to Moscow law-enforcement authorities, Reszka was attacked in a pedestrian subway in the center of Moscow. Four or five men encircled the journalist, knocked him down and beat him.

Mr. Reszka thus became the third victim. The first one on the list was a telecommunication worker of the Polish embassy, Andrzej Uriadko. A well-known Russian website, Grani.Ru, rebuffed President Putin soon after the accident with Uriadko became the talk of the day in Russia. Grani's journalists forgot to mention that Mr. Uriadko was not a diplomat, but just a worker, who could not remember any details of the accident because he had had some alcohol before. “It does not matter, who attacked the Polish diplomat in Moscow. The head of state is responsible for the marred level of Russia's policy, which dropped down to street fights,” Grani.Ru wrote. Polish President, Aleksander Kwasniewski, personally addressed to President Putin with a request to find and punish those who were guilty of the accidents with Polish citizens in Moscow.

Polish media outlets went hysterical in their comments. After the Polish Minister for Foreign Affairs, Adam Rotfeld expressed his opinion about the existence of a nationalist organization in Russia, the theory of the anti-Polish conspiracy made headlines of almost all newspapers in Poland. Zycie Warszawy newspaper was assuring its readers that there was a criminal group in Russia, which was following the ideas of the imperial revenge. According to another Polish periodical, Fakt, the Polish embassy in Moscow was “in a state of siege.” Wprost magazine published a Russophobian article on its pages, signed by a respectable Polish journalist, who had worked in Moscow for many years, Witold Liaskowski. The essence of the article was as follows: Russians always hated the Poles and will always do. Gazeta Wyborcza was a little more careful in its comments: “Most likely, common hooligans or those citizens, who react harshly to the Polish speech, have nothing to do with the beating of the Polish diplomats. It was probably ordered by someone,” the newspaper wrote. However, the general attitude to the Polish media makes almost all readers believe that the three Poles beaten in Moscow fell victims to nationalists' aspiration to restore the Russian Empire within the framework of its borders of 1913.

The hysterical whining and anti-Russian remarks in the Polish press pushed into the background the original cause of the Russian-Polish diplomatic scuffle of the summer of 2005. It is ruled out, though, that Polish journalists and foreign ministry officials prefer not to accentuate the attack against the children of three Russian diplomats in Warsaw. When the incident occurred, officials of the Foreign Affairs Ministry of Russia asked for apologies from their colleagues in Poland, but the latter did not consider it necessary. Warsaw thought that it would be enough to express regrets and say that there was absolutely no political aspect involved in the matter. All the children, who suffered the attack in Warsaw, said that they had been assaulted by a group of Polish skinheads, who previously checked their IDs to find out if they were Russians or not.

It is not ruled out that there were common street hooligans behind the three attacks against Polish citizens in Moscow. The three Poles also became victims of Poland's stubbornness, with which the official Warsaw refused to apologize for the incident with Russian diplomats' children. The obstinacy originates from anti-Russian sentiments, which the Polish establishment cultivates. It was President Kwasniewski, who publicly said in December of 2004 that Russia without Ukraine was a lot better than Russia with Ukraine. Furthermore, the press secretary of the Polish Ministry for Foreign Affairs, Aleksander Khechko, referred to the killing of the Chechen terrorist leader, Aslan Maskhadov, as “a crime, political stupidity and a big mistake.” The Polish media have been maintaining the chauvinistic Russophobian sentiments for months. Therefore, there is nothing surprising about the fact that a lot of Polish citizens did not want their government to apologize to Russia for the beating of Russian diplomats' children in Warsaw.

Those Polish journalists, who dwell upon the subject of “Russian fascism” are apparently unaware of the fact that there are no nationalist groups in Russia that would be capable of performing three attacks against Polish citizens in less than a week. Russian skinheads - the only group, which may have the potential for it, - prefers to concentrate on Asian and Caucasian nationals in Russia. To crown it all, Russian nationalists' most powerful weapon is a tomato, no matter how absurd it may sound. Five days prior to the incident with Andrzej Uriadko, two activists of the recently-established movement “Russian Blitzkrieg” bombarded the building of the Polish embassy in Moscow with ripe tomatoes and splashed tomato juice on the image of the Polish eagle adorning the gate of the embassy. The protest was directly connected with the attack against Russian children in Warsaw. The embassy preferred not to comment the incident, although it received extensive coverage in both the Russian and the Polish press. The two above-mentioned activists were arrested for three days. This is the style of so-called Russian nationalists – to attack their enemies with tomatoes or mayonnaise. It brings up the idea that the attacks against the three Poles were organized by someone else, who had financial, not ideological objectives.