Saddam’s death to have catastrophic consequences

An Iraqi court sentenced Saddam Hussein to death by hanging for crimes against humanity for ordering the killing of scores of rebellious Shiite villagers nearly a quarter century ago. 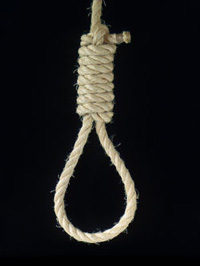 Saddam’s death to have catastrophic consequences

Moscow warned of "catastrophic consequences" in Iraq if former president Saddam Hussein is hanged, but expressed scepticism on Sunday that the death penalty would be carried out.

If the execution took place "there would be catastrophic consequences for Iraq , which is already on the verge of breaking up", said Konstantin Kosachev, president of the parliamentary commission for foreign affairs, AFP reports.

"It is unlikely the death penalty will be applied," he added. "It's rather a decision of moral principle".

" It is obvious that condemning him to death will only further divide Iraqi society, the Sunnis will not recognise this sentence," he said.

Ecstasy swept Iraq's Shiite and Kurdish regions Sunday, but in the Sunni heartland policemen wept in the streets and simple townspeople vowed revenge after Saddam Hussein was sentenced to hang.

Lines of cars hung with plastic flowers snaked through the Shiite holy city of Najaf , where leaders of the country's long-oppressed Shiite majority heralded Hussein's punishment for the 1982 killings of nearly 150 of their fellow Shiites after an assassination attempt on the former Iraqi leader, who is Sunni, the AP reports.

Saddam trembled and shouted "God is great" when the chief judge, Raouf Abdul-Rahman, declared the former leader guilty and sentenced him to hang. Shiites and Kurds, who had been tormented and killed in the tens of thousands under Saddam's iron rule, erupted in celebration.

But they also looked ahead fearfully for a potential backlash from the Sunni insurgency that some believe could be a final shove into all-out civil war. Televised, the trial was watched throughout Iraq and the Middle East as much for theatre as for substance, Calgary Sun reports.

Iraqi police and soldiers ordered the employees of First Channel [Zawra] and Salaheddin TV to leave their offices in Tikrit, Hussein's hometown.That is where as many as 2,000 people protested Sunday's verdict and sentence against the former Iraqi leader, defying the government's curfew.

Earlier in the day, a witness said the protesters in Tikrit carried posters of the former president and were shooting into the air. The numbers of demonstrators grew after the sentence was announced, CNN reports.