When doctors X-rayed the boy, they were astonished to see that the pictures of his skeleton showed absolutely no bone fractures

Arseny is only one year and eight months old. He is a very active little boy; he can hardly sit still on one and the same place for more than a minute. The boy's family moved into a brand new apartment block only a couple of months ago. There was a heavy smell of fresh paint in the family's new apartment on the 12th story: Arseny's parents were keeping the kitchen window open for fresh air 24/7. The window was open on Thursday night too. 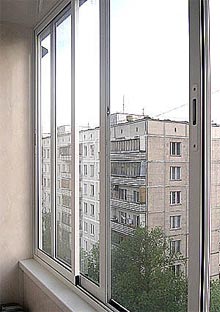 The little boy woke up when his parents were still asleep. The boy went to the kitchen, opened the window and moved up a stool to look out of the window and see what was happening there on the street. The boy was leaning far over and fell out of the 12th story window. If he had fallen down only several centimeters closer to the building, he would have landed on the concrete ground and died instantly. However, the little boy was lucky: he fell down on the soft, rain-soaked ground.

”At first I thought that someone threw a bag out of the window,” janitor Olga said. The street cleaner was the first person to find the boy, who fell 30 meters down. When I heard the loud tap, I went to see what it was. As I was approaching it, I thought that it was just a doll. Then I saw that it was a child! My husband went up to the 12th story and rang the bell of the apartment. The boy's mother opened the door and my husband told her that he had found their boy outside,” Olga said.

When Arseny's mother went to the boy's room, she was shocked to see that the boy was not there. The woman screamed at the top of her lungs and rushed downstairs. The boy was lying of the ground and crying.

”He stayed unconscious for about seven minutes. Then he started crying and even tried to get up on his feet. We did not even touch him, thinking that we could harm his body,” eyewitnesses say.

When doctors X-rayed the boy, they were astonished to see that the pictures of his skeleton showed absolutely no bone fractures.  The boy only suffered a closed craniocerebral injury, brain concussion, lung and stomach contusion. Such injuries can be inflicted, if a human being falls off a second story, but not the twelfth one.

Arseny is still staying in the reanimation department of the hospital. If his condition does not worsen, he will be allowed to go home already next week.

Despite the happy ending of the story, the boy's parents will apparently have to face trouble: the accident occurred because of parents' negligence. Arseny's mother can be deprived of parental rights.