Moscow fraudsters steal over USD 500,000 from US citizens’ credit cards

A group of financial fraudsters stealing money from US citizens’ accounts has been arrested in Moscow. The criminals were stealing money through ATMs. 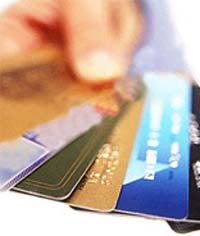 Moscow fraudsters steal over USD 500,000 from US citizens’ credit cards

Spokespeople for US police addressed to the Moscow Interior Affairs Department for Struggle Against Economic Crimes several months ago. US officials said that someone was regularly stealing money from credit cards belonging to US citizens. The money, the officials said, was cashed from Moscow ATMs. They added that the credit card holders had never visited Russia before.

It became known as a result of investigation that the money had been stolen with the help of only ten ATM machines installed in different areas of Moscow. All the machines were equipped with tiny surveillance cameras. Security services of the banks which owned the unfortunate machines provided the Moscow police with surveillance video tapes. Investigators subsequently found out that the money had been stolen by four Muscovites – two of them former bank employees and two students.

It was soon revealed that the four Muscovites were cooperating with criminal groups in the USA, Canada and France. They were receiving information about thousands of credit card accounts in US banks. The fraudsters organized the production of counterfeit credit cards, which they used to take out money from ATMs at night. One card would bring $1,500-3,000 to the fraudsters.

The police caught the criminals red-handed when they were withdrawing $2,500 from a cash machine. The criminals were making the fake credit cards in a Moscow flat, in which they were keeping the stolen cash as well – up to $60,000. The police found over a hundred of fake credit cards and the database of US card holders received from US, Canadian and French criminal groups.

The financial fraudsters have managed to steal more than $500,000 from US citizens with the help of such a simple method. The four criminals have been arrested and charged with fraud.