The man came to the Office to take revenge on the prosecutors, who were in charge of his case

A serious accident took place today in Vladivostok, Russia's Far East. An unidentified man shot four prosecutors of the city's Office of the Public Prosecutor and then committed suicide on Monday morning. According to the information from local news agencies, the crime was committed by a 22-year-old man, who had been fired from the Office of the Public Prosecutor a certain time ago for rough work mistakes. The young man's name has not been revealed for investigation reasons. 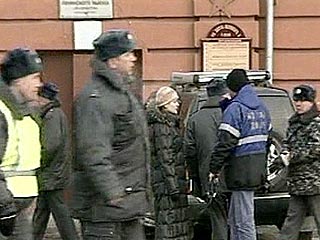 The criminal opened fire on four prosecutors in the premises of the Office of the Public Prosecutor situated in the Leninsky district of Vladivostok. Three officers – deputies district prosecutor Andrei Konev and Natalia Balashova, as well as prosecutor's assistant, Tatiana Proskurovskaya, died of gunshot wounds. Another assistant to the prosecutor, Alexander Li, was show in leg and stayed alive, RIA Novosti reports.

The Office of the Public Prosecutor of the Primorye region of Russia instituted criminal proceedings on the fact of murder. Investigators said that the delinquent had been called into criminal account before for hooliganism. On Monday, the young man came to the Office to take revenge on the prosecutors, who were in charge of his case. The man has been identified, but his name has not been exposed to the public eye.

The incident became the first fact of massive murder of prosecutors in Russia's Far East. Police officers said that the prosecutors were virtually doomed: there was no security and metal detectors in the building.