The extreme weather has caused state of emergency in certain countries

The start of the new year has brought quite a number of meteorological surprises. A powerful storm hit the north of Europe and several regions of Russia yesterday. The Moscow meteorological bureau has released a storm warning on account of a very strong wind, the speed of which reached 20 meters per second. The Moscow authorities ordered to take urgent measures to strengthen high-rise buildings and commercial constructions in the streets of the city. 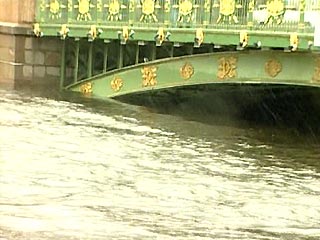 The storm warning has been in effect for two days in St.Petersburg. The city in the north-west of Russia has been flooded; the water level in the Neva River is rising very fast because of the strong wind and unusually warm weather. Several metro stations located close to the Neva have already been closed in St.Petersburg.

Meteorologists say that the weather in Moscow in January is very reminiscent to the one in March. Muscovites are very surprised to witness such warm temperatures in the middle of the Russian winter – about five degrees above zero Centigrade. The current thaw in Moscow may hit the absolute record for the first winter month. Such weather was registered for the last time only on 4 January, 1992. Weather forecasters say that the temperature is to rise even higher up to seven degrees above zero.

Weather problems have occurred in Russia's Kaliningrad enclave too, where the storm put about 100 electric power plants out of order. The 17-meter Christmas tree installed on the city's central square fell down after a strong gust. The fall of the artificial tree did not injure anyone, but it resulted in a short circuit (the tree is decorated with 1,000 electric lights).

The hurricane in Scandinavia in northern Europe was much more powerful. Seven people – four citizens of Denmark and three citizens of Sweden - have been reportedly killed in the storm. The ferryboat and the railway transportation have been paralyzed; airports have been closed. Electric power supply has been cut in thousands of houses. Meteorologists say that it was the strongest storm in recent years. The wind speed reached 180 kilometers per hour. 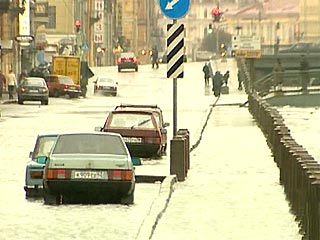 The government of Latvia gathered for a special session on account of the bad weather and announced an energetic crisis in the country. Up to 60 percent of Latvians are currently experiencing problems with electric power because of the storm that lashed Latvia, Lithuania and Estonia yesterday. Military men will help remove the fallen trees and debris from the roads and deliver fuel to electric generators. Electric power will be supplied to strategic objects first and foremost. All schools and kindergartens have been closed across Latvia because of the hurricane. According to meteorological observations, the storm in Latvia was the strongest in 40 years. Electric, water supplies and the telephone communication has been paralyzed in the majority of Latvian towns. Rescuers, however, say that the storm left no victims; the wind did not damage strategically important objects either.

On the photos: The flood in St.Petersburg