A lot of people, whose credit card data were stolen from banks, had to pay someone else's purchases

The investigation committee of the Russian Interior Affairs Ministry has recently finished investigating the criminal case about the largest credit card fraud in Russia's history. Police officers and Federal Security Bureau agents have managed to detect a syndicate that was stealing client databases from large banks to fabricate plastic credit cards of the world's leading payment systems – Visa, MasterCard, American Express and others. The criminal organization was selling counterfeit cards to fraudsters in the USA, Canada, Israel, Turkey and many other countries. One of the syndicate's members, Gerasim Selivanov, was on FSB's list of most wanted criminals for quite a long time. 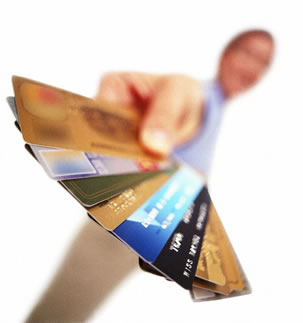 According to the investigation committee, it was the 28-year-old Ukrainian citizen, Pavel Chistov, who organized the plastic card business in June of 2002. He was a well-known person among so-called carders – the criminals, who run affairs with credit cards. It took Chistov less than a month to organize a conspired international criminal group, the activity of which caused damage to many countries that participate in global payment systems. Twenty-four-year-old Gerasim Selivanov joined the group later – the young man had a lot of acquaintances among hackers. Computer fraudsters used the Internet to hack websites of large banks, steal the information about their clients and their credit cards. Mikhail Mulyar (30 years old) became another member of the financial syndicate. He established a fake firm in his hometown in the beginning of the 1990s, raised a loan in a bank and disappeared. Mulyar was put on wanted list in 1995, which made him use a fake passport to be able to stay in Moscow. Mikhail Mulyar was in charge of a special workshop, which produced fake plastic cards. The fourth member of the group was just a courier.

Investigators determined that Pavel Chistov created a website in August of 2002, which offered clients a variety of services. The criminals had client databases at their disposal, and it did not cost them much to use that information for counterfeit cards. The price of one fake card varied from $100 to $500.

Mulyar officially bought the plastic raw material for the production of counterfeit cards. The criminals used high-quality equipment to mark the cards with signature stripes, magnetic stripes, the holographic protection and other attributes that the world's leading card issuers use. A counterfeit card owner could use a credit card in US or European stores, whereas someone else would have to pay for the goods being absolutely unaware of it.

The courier distributed ready-made plastic cards among the clients. The fraudsters had customers both in and outside Russia: foreign clients received the cards by express mail. Thousands of criminals from all over the world used Chistov's services in less than a year. The damage that was caused to banks, their clients and payment systems totaled several millions of dollars.

Thousands of counterfeit credit cards were found in many countries of the world in 2002-2003, which made the Company of united credit cards ask special services for help. FSB agents nabbed Chistov, Mulyar and their courier in June of 2003. Eight thousand counterfeit credit cards were found in carders' workshop. Gerasim Selivanov has been arrested this year. Dozens of people, who used the services of the Russian carders, were arrested in Russia and other countries of the globe.