Wildfires have been raging in California since early September in California. Over the past week alone, more than a hundred people have received help from local rescue services on account of carbon monoxide poisoning. The natural disasters that have been battering the United States for weeks have made many recall the curse of the Indians. 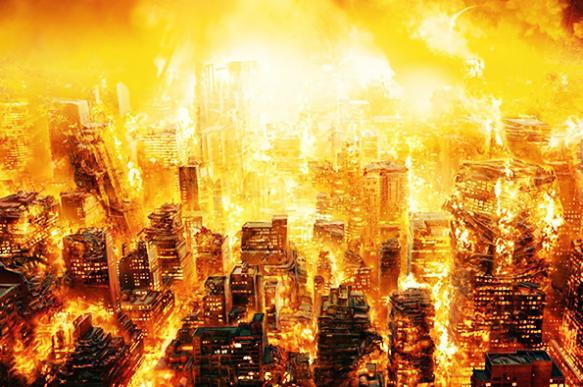 According to official sources, about a hundred of American citizens have gone missing as a result of the wildfires. Twelve victims of the fires remain in critical condition, over 20,000 people have been evacuated. Governor Jerry Brown imposed a state of emergency in three counties of California, where more than 1,500 buildings, including residential houses, have been destroyed.

The fire has already devoured 3,500 hectares of the local dendrological reserve. The Tuna Canyon Park and Ponderosa have been affected most. Unique vineyards in the Napa Valley have been destroyed, as the flames have closely approached a number of large settlements.

The fires continue to conquer new territories with the help of the strong, extremely dry down-slope Santa Ana winds, with gusts up to 140 kilometres per hour. Air humidity does not exceed the level of one percent. Local timber species - chaparel or dwarf oak - catch fire in the wind like hay. Firefighters give local residents not more than five minutes to pack before evacuating them. Many farmers are forced to release their animals in a hope that they will manage to escape from flames on their own. Thick smoke in the sky complicates the flights of fire fighting aircraft.

Californian firefighters - more than 500 people - use more than a dozen types of aircraft, but they seem to be unable to improve the situation.

The scale of this year's wildfires has already surpassed the memorable fire from October 2007, when 12 Americans were killed, and more than 70 suffered injuries of varying degree. Back in those days, more than 500,000 people were evacuated. Then-Governor Arnold Schwarzenegger took effort to recognise California a national disaster victim state. In 2007, then-President Bush ordered to allocate about one billion dollars to help fire victims and restore destruction.

The current disaster has caught local rescue services by surprise, which explains the worst statistics of deaths, injuries and missing persons. It also remains unclear how the federal authorities are going to deal with the situation against the backdrop of the recent spending to liquidate consequences of three hurricanes that battered Florida and other West Coast states.

Meanwhile, amidst endless natural disasters and numerous dubious statements from US President Donald Trump, many Americans discuss the so-called "curse of the Indians." The text of the curse says that the existence of the United States will be limited by 44 presidential mandates. Trump is the 45th POTUS, which, in the eyes of mystics, corresponds to the period of the decline of the country.

In fact, prominent clairvoyants and mystics - from Nostradamus to Baba Vanga - predicted America's calamities during the reign of the "black president", that is, Barack Obama. As we know, Obama retired peacefully. Thus, while the mandate of the 45th US president is in effect, the curse of the Indians may come true at any moment.