Islam and terrorism: here is the photo that reveals the hypocrisy of the media

So let's summarize: the CIA had warned the Spanish intelligence services about the risk of an attack on the Rambla. In February, Isis had already threatened terrorist activities in areas visited by tourists and the risk was so high that, as Germano Dottori pointed out yesterday during the special on Rai3 [Italian National Broadcasting Television], some tour operators secretly recruited more than 100 members of British special troops, so that they control sensitive sites such as the Ibiza beaches. 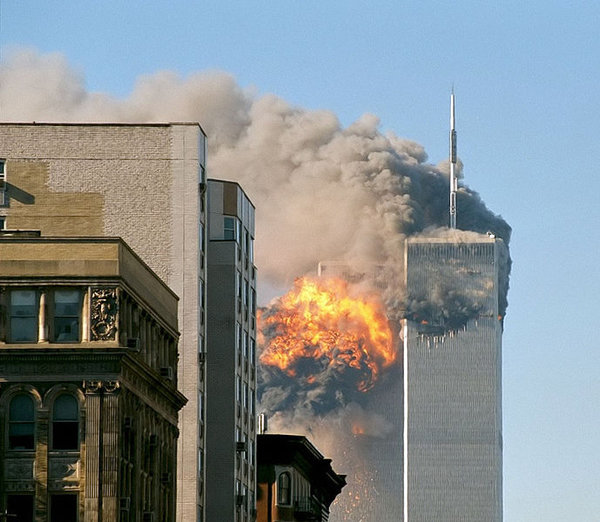 About the massacre of Barcelona, almost everything has been said, I am limited to two observations.

The first. Given the high level of alarm, was it so difficult to arm the Ramblas with anti-intrusion protections, as is the case in many European squares? Unfortunately, as we have seen in Paris and Nice, we are faced with a blatant failure of intelligence services, in this case Spanish.

The second. The time has come to clear the oxymoron behind which the authorities are tricked after facts like these. The refrain is always the same: horror for the attacks, but we are better, we should not be afraid; so we must continue to keep open borders and welcome Islamic immigrants. Paradoxically so far this approach has been winning, but it is not rationally standing.

The last attack in Finland was also the cry of Allah Akbar.

And this respectability leads to unacceptable forms of self-censorship. Look at these pictures:

Do you remember something? You first know it all. The media have not been scrupulous in showing the image of the little Aylan because it needed to justify immigration, but the second image, reported on Twitter, will not become a world hit. Most of the public will never see her, yet it shows another three-year-old child killed alongside his mother by the Islamic terrorists on the Rambla. It is censored. Because if it was widespread it would generate another emotional wave but in the opposite direction to that desired by the multicultural and globalizing mainstream. It's hypocrisy, but revealing. This is how public opinion is handled.

Clearly, although the causes of terrorism can not be trivialized and it is right who claim that we Westerners destabilized the Middle East, especially Americans in Iraq, Afghanistan, Libya and Syria, is undeniable that the uncontrolled immigration to which we have been seeing for months and that concerns mainly Italy, is a source of social destabilization, for the lack of integration of huge masses of migrants to which it is impossible to guarantee a job and a normal hospitality, and therefore it is a source  of extreme phenomena such as the increase of violence, crime, religious extremism and, finally, terrorism.

That's why it's right who says, shouting, "I'm not scared!". But that cry should be accompanied by the scream: "Enough is enough!" [in English in the original article] as the English say. That is, uncontrolled immigration, especially Islamic immigration, is no longer acceptable. That is, in Italian, we have endured enough.