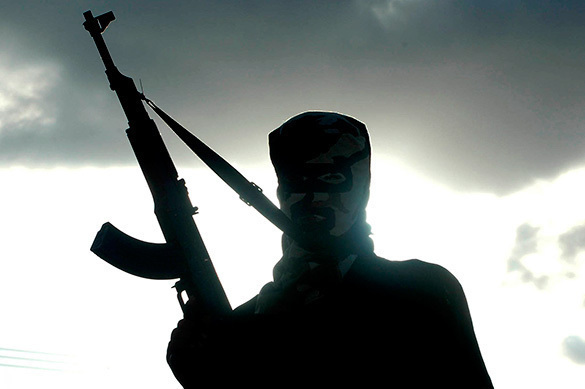 Earlier, it was reported that the Iraqi army had freed Mosul from terrorists. The United Nations evaluated the works to rebuild the city at one billion dollars. To crown it all, the Libyan National Army announced the liberation of the city of Benghazi from terrorists.

The war against ISIL has been successful recently. Mosul has been taken, Raqqa is being stormed in Syria, Benghazi has been liberated in Libya. Is victory over the terrorist group looming? What can one expect from ISIL now?

Pravda.Ru asked this question to Shamil Sultanov, the head of the analytical company "Russia - the Islamic World."

"The war against ISIL has been successful only relatively. Mosul should have been taken in Iraq last year. Battles for the city continue. It is highly important for the Iraqi administration to report success to Washington. Donald Trump needs an opportunity to make a triumphant statement. However, radicalism has been on the rise in many territories of Iraq, because the key problem - insecurity of the Sunni population in Iraq - still remains unsolved. Daesh terrorists have retreated, but they will conduct terrorist activities there still."

"Does the danger persist?"

"It does, they still keep a number of cities under control, Fallujah, for example. The Iraqi army controls only several governmental buildings in the city, and terrorists control the rest. This situation will affect other cities of the country. Of course, from the point of view of the Trump administration, one can speak of victory, but there is no victory in sight from the point of view of reality."

"How can one solve the crisis in the Middle East?"

"Frankly speaking, the crisis in the region is not likely to be resolved in the next 10-15 years. One needs to develop absolutely new political rules, a new regional and global balance of forces, a new ideology in the Middle East. Washington, Moscow, Brussels, Berlin - no one has a common idea of what the Middle East should be like. The Sykes-Picot agreement that was established in 1916 on the ruins of the Ottoman Empire, ceased to exist. The collapse of central states of the region - Iraq and Syria - means that the system is no longer valid, and there is no alternative to this system.

"Turkey and Iran are to acquire the status of regional superpowers, and other great powers need to acknowledge that. I think Russia is ready for this, but the Americans are not. There are forces in the Middle East, which we call terrorist forces, but they maintain good relations with Ankara. There are forces that we call terrorist ones in Moscow, but they have good relations with Tehran. Therefore, everything depends on the structure, and this new structure of the balance of power in the Middle East should be formed around the axis of Tehran-Ankara."

Topics syria
18:21
Zelensky's adviser builds gigantic castles in the air of supreme justice about Russia's future
17:17
German colonel: Even US-made MLRS arms will not help Ukrainian army
16:41
Russia's S-70 Okhotnik combat drone to fly over Ukraine in 2023
16:22
NATO wages war against Russia through the hands of Ukrainian people
15:00
US dollar smile can only make other economies toothless
13:36
Russian porn actress stabbed to death in St. Petersburg
13:21
US diplomat says who Putin is friends with among NATO members
17:26
Russia confirms explosions near military airfield in Crimea
16:54
Russian Foreign Ministry lashes Estonia for its call to ban Russians from Europe
21:31
Ukrainian army about to break down completely
World
Instead of new arms, Washington presents Zelensky with 'black spot'