An official representative of the White House stated that Bashar Assad and his armed forces would pay a "heavy price" should another chemical attack take place in Syria. Pravda.Ru observers Aydin Mehdiyev and Dmitry Nersesov analyzed the situation and concluded that the threat from Washington should be taken seriously. It was groundless accusations about the use of chemical weapons by Assad troops that enabled Donald Trump to strike Shayrat air base in Syria. 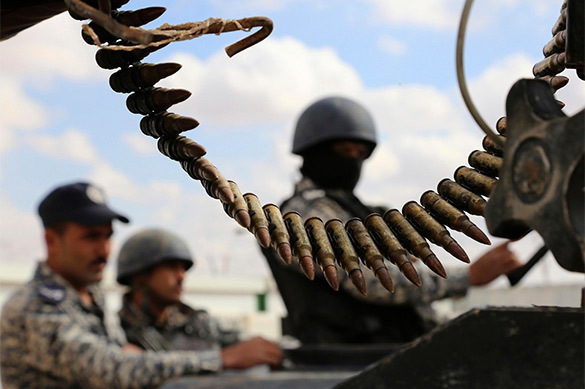 "The recent statement from Washington raises serious concerns. Possibly, the United States is preparing not just another missile attack, but a variant of an invasion or another direct intervention in Syria to intercept the initiative while disregarding Russia's interests. Where did the information about chemical weapons come from? There was quite a controversy last time, but when they looked into the problem, there were no chemical weapons found."

"In fact, there was no investigation conducted. Russia and Syria put the idea forward, but neither Washington nor anyone else in the West showed any reaction to it. There is no evidence to prove that government forces conducted a chemical attack, nor is there any evidence to establish their possession of chemical weapons.

"Washington works with rumors that can be fabricated in any quantity. The main tool of the American propaganda these days is fake news. In any war, the Americans fabricate any rumors they need and accuse anyone of anything. They have been following this logic in Syria too. Washington officially warned Bashar Assad of impending punishment should he use chemical weapons. Allegedly, Washington has evidence to prove that Syrian government troops intend to use chemical weapons.

"First Deputy Chairman of the Federation Council Committee on Defense and Security, Franz Klintsevich, said: "The current warning from the White House says that the US is preparing a massive attack on Syria. Apparently, the United States has come to a final stage of the plan to eliminate Assad." Quite possibly, the Americans plan to destroy Assad physically before they proceed to dismembering Syria.

"We may not say that Turkey, Iran and Russia divided Syria into zones of influence. Simply put, these three countries agreed on joint actions on the territory of Syria. They created de-escalation zones there, where certain territories became their zones of responsibility. Serious attempts are made to ease tensions and end hostilities. Next, Russia, Turkey and Iran arrange negotiations in Astana, where the government of Syria, representatives of the moderate opposition, armed opposition, as well as external players sit down to negotiate the regulation of the Syrian crisis.

After the USA conducted another act of aggression, and airplanes of the pro-American coalition shot down a Syrian warplane, Russia stated that all aircraft of the Western coalition would fall into the sights of Russian air defense systems. The Americans do not even conceal their true intentions. They bluntly lie about the chemical weapons that Assad supposedly used and plans to use again. They need to do this to justify the actions that Washington has in mind. The Americans increase their presence by saying that their mandate stipulates actions against ISIL terrorists and other terrorist organizations, but does not envisage interference into the Syrian civil war. However, as soon as the Americans started shooting down drones and then warplanes, they have become involved in the civil war in Syria on the side of the armed opposition and terrorists. Now the USA accuses the Syrian government of the use of chemical weapons completely groundlessly. This will give them an opportunity to attack Syria again. This is a very simple, although a very dangerous game to play.