The Sovershenno Secretno newspaper (Top Secret) continues its investigation into the crash of the  Malaysian Boeing over the Donbass. The newspaper has published another portion of documents that establish Kiev's guilt in the tragedy. 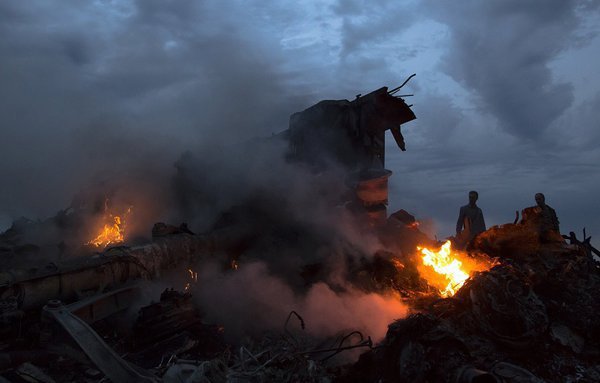 Newspaper journalists have obtained a map, namely a secret flight plan, that was made and personally signed the day before the flight, on July 16, 2014, by the pilot of the 299th tactical aviation brigade, Captain Vladislav Voloshin. The plan was also approved by commander of the A4104 military unit, Colonel Gennady Dubovik.

Ukraine persistently claims that there was no military aircraft flying in the area the day when the tragedy occurred. Yet, the newly published documents prove that Ukrainian officials lie.

"This time, the material is very extensive, there are scanned copies of documents and transcripts of  conversations with pilots of the Ukrainian aviation. It became known that Ukraine was using its warplanes on the tragic day. What does the newly discovered information say?"

"These documents show that there were orders given to use combat aircraft. Conversations with servicemen of the Chuguev Airborne Division testified that there were sorties made. We try to be objective in this, but we know that the version promoted by the international commission in the Netherlands prevails. According to that version, it was a Russian Buk missile system that shot the plane down. We believe that this version of the investigation is biased and not credible, because the documents that we publish testify that there are other facts that need to be taken into account and carefully analyzed by the international commission in the Netherlands."

"How was all this information obtained?"

"Strictly speaking, when we received audio recordings of conversations with servicemen of the Chuguevsky airborne unit, it became clear that an unknown person talked to them and made those recordings. In general, it goes about a special operation to document facts of the crimes committed by the Armed Forces of Ukraine."

"Do you think that the destruction of the Boeing of Malaysia Airlines was a well-planned operation?"

"Judging from the documents that we have published, the SBU of Ukraine speaks about the destruction of the facts of the special operation. Such a conclusion is possible."

"What can you say about those who ordered the destruction of the passenger aircraft?"

"If it goes about a state-run special operation, it is clear that this was the Ukrainian administration. In our article, we pointed out a strange coincidence. On the eve of the tragedy, two top officials of the Ukrainian administration visited the air force unit in Chuguev: Yatsenyuk, who then served as  the Prime Minister of Ukraine, and Parubiy. They also visited the tactical aviation brigade in Nikolayev. Strictly speaking, this is a coincidence, but we have published a photo, on which Yatsenyuk walks near SU-25 flight 08. It is the fighter jet, which Captain Voloshin could pilot, according to the flight map."

"Is there any hope that your materials will show influence on the course of the investigation in the Netherlands?"

"I would very much like to believe so, because it really hurts me to see people applauding to unprofessional Bellingcat reports with photoshopped images."