Roman Donik, a volunteer of the so-called anti-terrorist operation in the southeast of Ukraine, an ideologist of the organisation of Russian-speaking Ukrainian nationalists, said that the Armed Forces of Ukraine were preparing a major offensive. According to him, Ukraine needed the Minsk Accords to save strength for war, Apostrof magazine wrote. 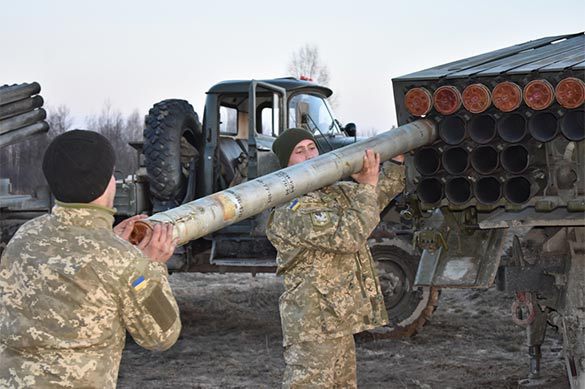 "By and large, nothing has changed now. Yes, we can counteract. Russia may not go for an open invasion. We see the general situation like a solider, who only sees his piece of trench, in which he sits. It appears to be fine in general: the sanctions are working, and the Ukrainian army is not the army that it was in 2014. We have more than ten new brigades. The army has enough military hardware. The army works on the contractual basis. It appears that everything is fine.

"As for the Crimea, the peninsula is experiencing a serious water crisis. The easiest way for solve the problem for the Kremlin is to create a land corridor, that is, to enter Ukraine, open floodgates and strike the Dnieper. For Putin, this is the cheapest option," Donik said in the interview.

According to Donik, the chief of the General Staff of the Ukrainian Armed Forces, Viktor Muzhenko, keeps a possibility of war with Russia in mind.

"Muzhenko has never taken those Donetsk and Luhansk republics seriously. He is getting ready for a big war, and all that is being done today is being done for this purpose. We are an impatient nation. I do not think that there is any analogue in the world to what we do in Ukraine. Israel, for example, had everything, including food stamps. Ukraine has been putting a lot of emphasis on air defence - this is also part of the works to prepare for a possible Russian invasion, because Russia has aviation," Roman Donik said.

Earlier, the leader of the Ukrainian Batkivshchyna party, Yulia Tymoshenko, accused President Poroshenko of the ongoing conflict in the Donbass. According to Tymoshenko, Poroshenko wants the conflict to continue because he profits from it.

"They cover insane corruption inside Ukraine - this is the reason for the war to continue. People despise the authorities because of the war," Tymoshenko stated.