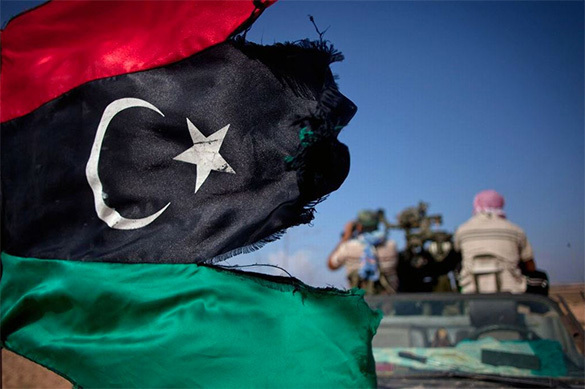 The Guardian published a map of Libya when it was divided into three states before 1963. The formations outlined the boundaries of three wilayahs of the Ottoman empires: Tripolitania in the west, Cyrenaica in the east, and Fezzan in the south.

A while back, junior national security adviser to US President, Sebastian Gorka, proposed dividing Libya into three states. Shortly before the inauguration of Donald Trump, Gorka presented a conditional diagram of the project at a meeting with a high-ranking European diplomat. Reportedly, Sebastian Gorka aims to receive the post of president's envoy in Libya.

Sebastian Gorka became a full-fledged American citizen only in 2012 owing to his "friendship" with senior adviser to the US president on political and strategic issues, right-wing extremist Stephen Bannon. Moreover, Gorka is suspected of having links with ultra-right Hungarian party "Order of the Knights", which is accused of anti-Semitism, cooperation with Nazis and involvement in the massacre of Jews in Hungary during World War II. Interestingly, members of such organizations are not entitled to receive US citizenship. However, Sebastian Gorka appeared to be an exception from the rule.

The White House has not provided any comments on the questions about the territorial division of Libya.

The idea to divide Libya into three states is not new. Hillary Clinton, when serving as US Secretary of State, was considering such a scenario too, which can be seen from her correspondence with assistant Jake Sullivan in March 2012.

Some experts believe that Western countries and several Arab states, Egypt in the first place, try to take Libya under control to gain access to its oil reserves.

To displace Colonel Gaddafi and then kill him, the US State Department provided distorted information to the White House. Tripoli's secret audio recordings unveiled that high-ranking Pentagon officials and Democratic congressmen were vehemently opposed to Hillary Clinton's decision to continue hostilities in Libya in March 2011. To stop the escalation of the conflict, they contacted members of Gaddafi's team via diplomatic channels.

The records of the talks between US officials and the son of Muammar Gaddafi, one of the Libyan leaders, were exposed by The Washington Times. The parties to the talks harshly criticized Mrs. Clinton's policy, noting that her tunnel thinking had led to an absolutely unnecessary war, for which even US special services saw no reasons.