Unkillable IS fighters dispatched to Europe and Russia

The so-called inghimasi fighters have been featured in the latest terror acts along with suicide bombers. Inghimasi can be translated as 'to dive'. As a rule, they act in small groups - three to seven people. 'Diving' into the depth of enemies, they try to damage victims as severely as possible and then try to leave the sight not being noticed. 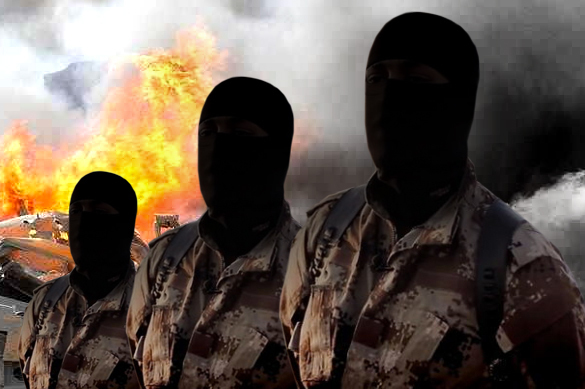 According to oversea experts, since 2017 they have been carrying out about 50-60 attacks monthly. Majority of them have taken place in Syria, and were aimed at check points of the government army and positions of Shia militia. On 25 February 2017 groups within Hay'at Tahrir al-Sham used inghimasi while attacking facilities of the government army in Homs.

As leaders of the group asserted, 5 fighters were engaged. On 20 March according to the Syrian Observatory for Human Rights, inghimasi fighters attacked government troops in the area of Jobar and managed to get to the Abbasin bus station.

The inghimasi fighters are usually armed with guns, grenades and suicide belts, sometimes they have used grenade launchers.

Unlike suicide bombers, inghimasi take to self-explosion only if there is no way out. The decision is taken by themselves. Thus, under terror act at the Bataclan theatre in Paris in November 2015, they shot hostages first and then exploded themselves. In 2016 terrorists acted the same way at the Istanbul airport named after Ataturk. Thus, experts believe that every inghimasi may become a suicide bomber, but not vice versa.

Last year ISIS and al-Qaeda actively used inghimasi in Syria against Kurds, government army in Aleppo, in the area of Deir ez-Zor. In Iraq in early 2016 a group of inghimasi assaulted an airbase situated to the north of Tikrit.

While government forces move forward in Syria and Iraq, one should expect that terrorists will use inghimasi instead of jihadists more and more actively to carry out guerilla war and escalate situation not only in the Middle East, but beyond its borders.

Some specialists believe that tactic of inghimasi is a new element in the terror system. Special services and law-enforcement bodies will have to change their tactics. And the EU countries as well, which do not response to Russia's offer to unite forces in combating terrorism, leaving political disputes behind let for some time at least.

The European colleagues have what to think about. According to data of the US Soufan Group analytical centre, by mid of 2016 about 6,000 people from European countries joined ISIS and al-Qaeda in Syria and Iraq. These are citizens of France (1,700), Germany (about 800), Great Britain (around 750), Belgium (450). About 40% of them are women. And only 20-30% have turned back home. Some hundreds of migrants from the Middle Eastern countries, who fought among terrorists and arrived to Europe under the guise of refugees, should be added to those numbers.

Aleksey Filatov, the FSB lieutenant colonel, Vice President of the International Anti-Terror Alfa Association, has told Pravda.Ru that the Russian law-enforcement bodies were aware of these groups.

Our special services have adapted to such situation, serious preventive work is being carried out against such subversive groups, the case is that they not only need to cross the border, but also live somewhere, gather, buy guns, explosive devices, prepare them. Work of our special forces is directed at prevention of these acts.

Unfortunately, our European colleagues do not have such experience.

In late 90s a lot of terror acts were carried out in the territory of Russia. I believe that our law-enforcement bodies and special services should not change their tactic. But, of course, one should try to neutralize these bandits in advance.

So, the main thing is not to get into panic, that is what terrorists hope for.