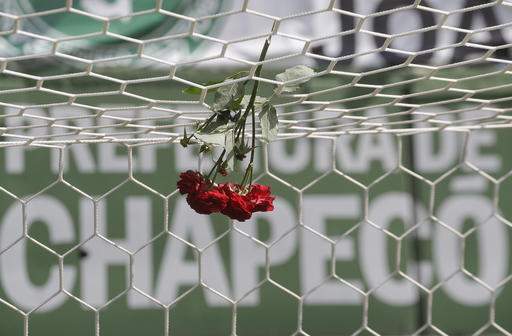 A report and investigation by NSNBC media channel sent to Pravda.Ru has confirmed that Latin American civil aviation has a very dark side, so dark that lives are endangered. As this weekend all soccer matches will hold a minute's silence in respect of the Chapecoense club from Brazil, let us point the finger of responsibility.

"We had a closer look. The more closely you look, the darker the dark side of Latin American civil aviation gets" - Christof Lehmann, NSNBC

Christof Lehmann (nsnbc) : Colombia's Civil Aviation Authority (CAA) officially confirmed that the Bolivian BAe Avro RJ85 operated by Lamia, that crashed near Medellin, didn't have mandatory fuel reserves on board. The crash killed 71, while 6 survived. However, further investigations and statements show that there may have been other factors involved, possibly implicating air traffic controllers, and a biased Bolivian official who is the son of the airline's owner, confirming that the plane's maintenance record and all licenses were "O.K.".

The dark side of Latin American Charter Flight Aviation. Neglecting fuel reserve requirements, poor communication between air crew and ATC, and a "Bolivian DGAC Official" who is the son of the owner of Lamia, the operator of the fateful flight.

Colombia's Civil Aviation Authority (CAA) now officially confirmed that the plane had run out of fuel when it crashed. Aerocivil's Secretary of Aviation Safety Freddy Bonilla went on the record, saying that he can assure that "the aircraft did not operate with the mandatory fuel reserves mandated by international regulations".

Bonilla concluded that the flight plan for the Lamia operated charter flight showed that Bogota had been filed as alternative airport to Medellin. Bogota is slightly less distant from Santa Cruz in Bolivia than Medellin, he added. Bonilla noted that "the aircraft had not loaded sufficient fuel for an eventual diversion back to the alternative airport, nor for the internationally mandatory 35 minutes fuel reserve".

Flight beyond the range of the aircraft

The Aerocivil Secretary of Aviation Safety noted that the distance between Santa Cruz and Medellin on the route followed by the Lamia operated flight was 1,588 nautical miles. He stressed that: "We will investigate why Lamia authorised a flight, which was beyond the range of the aircraft".

nsnbc international reported shortly after the tragic crash that the most probable cause was lack of sufficient fuel because the flight distance between Santa Cruz and Medellin is just under the 1,600nm (2,960km) operational range of the Avro RJ85 with full payload. Another indicator was the absence of any signs of fire at the crash site. Yesterday nsnbc international could report that audio recordings from Medellin air traffic controllers (ATC) showed that the pilots had declared a fuel emergency.

Bonilla also confirmed the authenticity of the ATC recording that was leaked to several media while he could not confirm whether or not the leaked recording was complete 100 percent consistent with the precise timing of the events that led to the crash. Bonilla's confirmation "politely implied" the possibility that air traffic controllers could have omitted segments that could point at their own failures.

nsnbc reported yesterday that failures in communications between the air crew and the ATC and poor logistics could have been a contributing factors. The landing had been delayed due to an unscheduled arrival of a VivaColombia flight, forcing the crew of the charter flight to wait in a holding pattern. The Avro RJ85 initially mentioned an "issue with fuel" while communicating with Medellin airport's air traffic control (ATC). The air traffic controller responded saying that the runway at Medellin would re-open in about seven minutes and suggested will be given priority to land over other flights operated by Avianca.

The flight was assigned FL210 but declared a fuel emergency 2 minutes later, which prompted ATC to assign the aircraft an approach path while warning the crew of other aircraft below and ahead of it. However, the crew said they were already below the other aircraft, which were holding at FL180. Some 4-5 minutes after declaring a fuel emergency. Then the crew alerted ATC to a "total electrical and fuel failure" and repeatedly shouted: "Give me vectors".

Bonilla commented on the possibility that the audio could have been altered to cover faults committed by the air traffic controllers, saying: "We are working with specialists from Bolivia, Brazil, the UK and the US to reach the final conclusions as soon as possible". It would not be "uncommon" for air traffic controllers to prioritize a national flight, in this case an unscheduled VivaColombia flight higher than a foreign charter flight.

Bolivia's Civil Aviation Authority DGAC declared that charter flight operator Lamia had its AOC in order, that the aircraft maintenance record is correct and that the licenses of the two pilots were up-to-date. However, the fact that the DGAC released this information alsmost immediately after the flight begs the question how the DGAC could have compiled and verified this information as swiftly as it did.

Further investigations into these aspects are indeed also warranted. This is especially important because the DGAC's Director of Aircraft Registries, Gustavo Vargas Villages cannot necessarily be considered as impartial. Villages is the som of the owner of Lamia.