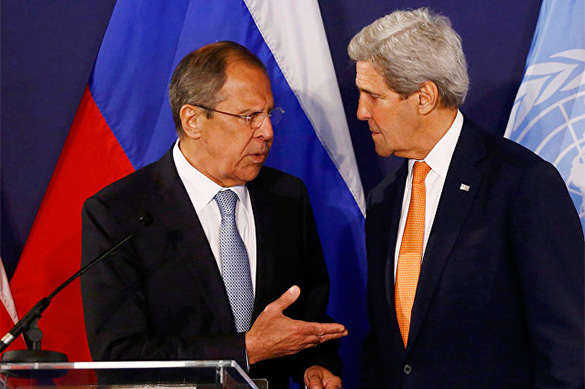 "In my opinion, the goal of the negotiations between Russian Foreign Minister Sergei Lavrov and US Secretary of State John Kerry was to prevent a conflict between Russia and the United States in Syria. As for everything else, there can not be an effective cooperation between the two countries as Russia and America have absolutely different goals. Russia wants to protect and preserve the Syrian Arab Republic as a Russian ally, but the United States wants to topple President Bashar al-Assad and dissect the country into several quasi-states that the Americans would then control," Perendzhiev said.

According to the expert, it is not clear yet how the situation may change after the presidential elections in the United States. It is not clear yet who will come to power in the US and what goals the new US administration will follow. Meanwhile, the Obama administration follows "the worse - the better" principle, reducing bilateral cooperation on Syria to nothing, the military analyst said.

"Unfortunately, a military conflict of Russia and the United States in Syria is possible. It has already occurred, albeit indirectly. The Americans have shelled and bombed the divisions of the Syrian government forces, where Russian military advisers were staying, while the Russian side has bombed the terrorists, among whom Americans citizens were staying," said Perendzhiev.

The expert believes that it will be possible to avoid a global military conflict, as well as a direct military confrontation between the Russian Federation and the United States in Syria, although the situation remains very serious.

Russia has repeatedly stated that it scrutinizes the intelligence information when selecting targets for air strikes in Syria. US officials, in turn, accuse Russia of bombing civilian objects in Syria, although they have never provided any evidence to prove their words.

As Pravda.Ru reported earlier, on October 3, the State Department spokesman John Kirby said the US was suspending the bilateral cooperation with the Russian Federation on a ceasefire in Syria. Russia and the USA would still communicate via military channels only to prevent conflicts between Russia and the USA in Syrian airspace.

The Russian Foreign Ministry expressed deep regret in connection with the latest move from the US administration.

"Washington's decision came as a reflection of the fact that the Obama administration is either unable or not interested at all to fulfill the key condition to continue our cooperation in order to overcome the Syrian conflict. It appears to us that Washington is ready "to make a deal with the devil" in its yearned-after aspiration to overthrow the Syrian administration - to conclude an agreement with terrorists, who dream to reverse history and disseminate their inhuman standards. We urge the United States to once again assess the situation and try to understand how their actions appear to the rest of the world, as stakes are too high," the Russian Foreign Ministry said in a statement.