The news about the tragic death of 14 children that occurred during a boat on Syamozero Lake in Russia's Karelia Republic, came as a shock to the nation. Who is guilty of what happened in Karelia? Was it the camp administration, who agreed for a boat trip under dangerous weather conditions? Was it the instructors, whose professional skills could leave much to be desired? Noteworthy, this is not the first incident, when people would either drown or disappear without a trace on Karelia's Syamozero Lake. 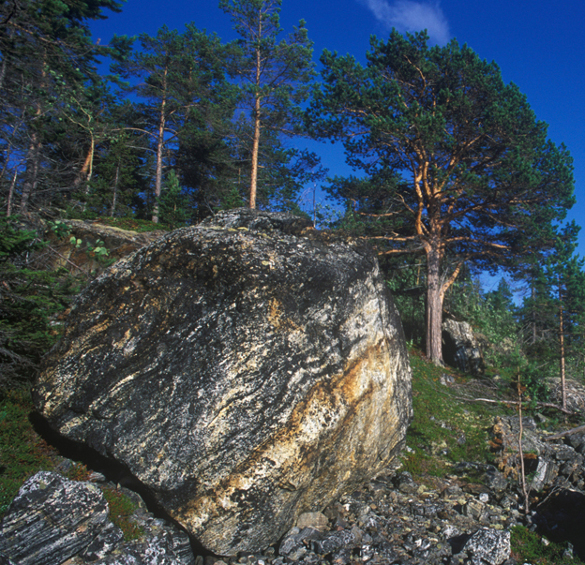 The deadly boat trip on the lake

A storm broke out on the lake at about 16:30. The boats and the raft capsized and sank. All the adults managed to survive, but the children were not so lucky. Fourteen of them were killed and others were injured. Rescuers are still searching for the body of the 14th child.

A lot of this story is unclear. Thus, according to employees of the Federal Tourism Agency, the storm warning arrived on June 17th. Camp instructors did not even inform the EMERCOM of the planned trip. It appears that they took the children to death deliberately.

Syamozero (translates as "Sami Lake", named so after the ethnic group of the local population - Sámi) is a mysterious place, surrounded by many legends.

One of them is related to the formation of the Syamozero churchyard. In the XIII century, during the times of Prince Yaroslav Vsevolodovich, the Obonezhsky Karels, who lived in these places, voluntarily converted to Christianity. The people collected for a meeting to decide where to build the first church. In the end, they decided to ask God to point the location to them. The people came to the lakeside, cut down 200 trees, tied them into a  raft and set the raft afloat with a prayer - the first church will be built in the place, where the raft will be washed ashore. The place, where the raft was found a few days later, now serves as the location for two churches. This place was called the Syamozero churchyard.

Another legend tells the story of Peldosuari Island ("Wild Island") that used to be called  Ruochin Saari, or the "Island of the Swedes," and even earlier - Pitkyasaari, "Long Island".

At the end of the XVI century, the Swedes landed on the wooded island on a dark autumn night. They waited for the men from a nearby village to go to work in the morning to attack the villagers. The next morning, however, the Swedes found the village enveloped in thick fog. When it cleared, the foreign invaders saw warriors on the lakeside. Where did they come from? The villagers knew about the impending attack. They encircled the island and the Swedes had to surrender. The island was then called the Island of the Swedes. Many Swedish invaders were killed in the battle. They were buried in mass graves, and years afterwards, the burial grounds were used for agricultural fields.

When the news about the arrival of the Swedish invaders came, the local clergy ordered to take out all the church items, including the bells of the church of the Syamozero churchyard. The priests were afraid that the enemy would loot and destroy the temple. All the bells were sent to the bottom of the lake. Afterwards, all of them, except for the largest one, were retrieved. The largest bell had sunk deep down into the oozy bottom of the lake.

On August 23, 2009, two tourists from Moscow went fishing on Syamozero. Their boat capsized at 6:00 p.m. The incident occurred near the Watery Island (Vodyanoy). One of the Muscovites managed to reach the shore by swimming. The body of the second one was never recovered.