Ukraine must be defeated to be able to negotiate with Novorossiya

Russian Foreign Minister Sergey Lavrov said that the Ukrainian security forces were going to conduct another military operation in eastern Ukraine to solve the crisis militarily. Pravda.Ru asked Director of the Donetsk Center for Political Analysis and Technology Sergey Baryshnikov to clarify whether there are more specific details or signs of the impending operation. 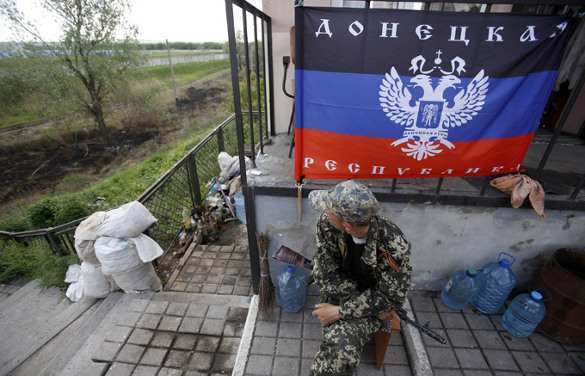 "Unfortunately, there are signs - the never-ending cannonade, the sounds of which can be heard not only in the suburbs, but also in central regions of Donetsk. Ukrainian troops systematically shell Donetsk and surrounding villages. This is a fact that not only Sergei Lavrov but any official of this level should notice to attract the attention of the world community to systematic violations of all agreements imaginable. It just so happens that it is impossible to negotiate with puppets of the Ukrainian side," said Sergey Baryshnikov.

The expert stressed out that only a very naive person can consider the Ukrainian side a partner. "We do not have so many naive people in the Donetsk Republic. Most are well aware - peace will not come to Donbass until we tip the balance in our favor. One should achieve unconditional military and political victory to be able to conduct peaceful talks with Ukraine. Ukraine has to be defeated to be able to start negotiations with people's republics. Everything else is just playing for time."

"In general, there is no panic in the city. People are annoyed about the ongoing war, it's time to finish it off, and I think that sooner or later, everyone - from administration to social categories of the population - will have to agree that it is time to go to a victorious end to this conflict," concluded Sergey Baryshnikov.

The administration of the People's Republic of Luhansk believes that Kiev should recognize the political realities in the Donbass as the main condition for discussing a possible special status of the region.

"Before talking about the introduction of a special economic zone or any other special status for the Donbas, Kiev should first acknowledge the subjectivity of Donetsk and Luhansk and express willingness to engage in a dialogue with us. If Kiev continues its current policy, then one will not have to discuss any status of the region whatsoever," Vladislav Deinego, an official representative of the People's Republic of Luhansk said during the meeting in Minsk, commenting on Petro Poroshenko's statement about Kiev's readiness to provide a special economic status to the Donbass.

"The question about the recognition of subjectivity of Donetsk and Luhansk is one of the most important ones. The issue of granting a special status to the Donetsk Basin has been discussed before, but things remain right where they started," he said.

Noteworthy, in an interview with France 24, Poroshenko said that Donbass, owing to the law on the peculiarities of local government, already had more authority than any other region of Ukraine. Kiev is ready to expand these powers further, only if the military conflict in the region ends and transparent local elections are held on the basis of Ukrainian laws.

Meanwhile, Ukrainian Prime Minister Arseny Yatsenyuk said that reports about Russia's intention to ask Ukraine to repay the debt of 3 billion dollars were nothing but rumors.

"This is a rumor," Yatsenyuk said in an interview with the German edition of Deutsche Welle.

It appears strange that the Ukrainian prime minister comments on the plans of the Russian authorities.

"We are in a very difficult financial situation, everyone knows about it, and this is the reason why we hold these reforms. We believe that the IMF and our Western partners will support Ukraine. This Russian loan is only a part of a very large problem that we have faced," said the prime minister.

Russian Finance Minister Anton Siluanov said on Saturday that Ukraine had violated the terms of Russia's three-billion loan, having allowed the excess of the national debt over 60% of GDP. Therefore, Moscow has every reason to demand early repayment of the loan from Kiev, although the decision has not been made yet.