Palestinians to denounce Israel's attacks on Gaza in Criminal Court

The Palestinian Authority has applied for membership of the International Criminal Court despite attempts from the USA to prevent this and despite threats of reprisals by Israel, which will be taken to court for its war crimes and breaches of the Geneva Conventions. Time for justice! 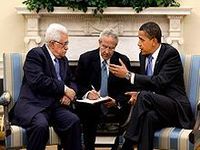 The Israeli military aggression committed against Gaza last year will be one of the first accusations that the Palestinians shall submit to the International Criminal Court (ICC).

"The case will be based on Israeli actions in the West Bank and the Gaza Strip since the day of  June 13, 2013," stated Shawan Jabarin, director of human rights group Al Haq, affiliated to the International Commission of Jurists, based in Switzerland.

Between early July and late August last the Israeli army bombed the Gaza Strip and caused the death of two thousand one hundred civilians, mostly women and children, and wounded more than 11, 000 Palestinians, apart from causing the devastation of the region's infrastructure, which it had blockaded for over eight years.

In June of last year, the troops of the occupying power besieged several cities on the West Bank, demolished houses, killed dozens of men after the kidnapping and execution of three residents of paramilitary settlements, notorious for their abuses against the native population.

The announcement was confirmed by Palestinian chief negotiator Saeb Erekat, who added that the issue of paramilitary settlements will also be presented before the International Criminal Court, to which the Palestinian government requested its admission last week despite US opposition.

According to the provisions of the Fourth Geneva Convention, the acquisition of territory of a State under military occupation, as in the case of Palestine, and the construction of human settlements, constitutes war crimes.

In retaliation to the Palestinian request, Israel froze the transfer of funds collected in taxation in the occupied territories, which Erekat also described as a war crime.

The Israeli prime minister, Binyamin Netanyahu, said that he will not allow members of the armed forces of his country to be brought before the International Criminal Court to answer for crimes against humanity in the occupied territories and threatened reprisals against the new government of President Mahmoud Abbas.

Palestinian sources estimate that the entry in the International Criminal Court will take effect in March this year.