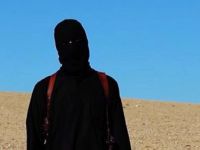 Iraqi Parliament Members asked on Thursday (01) to the government in Baghdad claiming they want to submit a report to the United Nations (UN) denouncing the supply of arms by the US to IS group.

In a statement to the foreign media, the Iraqi Member of Parliament, Alia Nasif, believes that the delivery of weapons by North American planes in areas of conflict is intentional and claims that weapons always end up in the hands of terrorists, which contradicts international law and therefore the Iraqi government has to report to the UN.

He reaffirms that on several occasions the American action has been repeated and is intentionally done, which violates the rules of law, and the international community should condemn the United States, which is pretending to fight the terrorists when in fact, it has been systematically strengthening the Islamic State of group by sending weapons.

Awad al-Awadi, Iraqi another MP, said that the forces of so-called anti-IS, the international coalition led by the United States, constantly send arms to aid the takfiri group, but always claims to have done so by mistake.

The United States supports the Islamic State in Iraq and Syria, and explicitly the so-called Free Syrian Army (SLA) and the Syrian armed opposition, said the parliamentarian.

The day before, Al-Awadi had reported that the United States has helped terrorists in Tal Afar and Sinjar, north-west provinces of Nineveh, and the most recent case of this aid occurred near the town of Balad, located in the central province of Salah al-din.

On August 8 last year, the US and its allies launched air strikes in Iraq, under the banner of the international anti-IS coalition, in order to stop this terrorist group. In late September, they spread through Syria in order to topple President Bashar al-Assad and enjoy the no longer disguised help of the Obama administration according to the allegations.

Political analysts question the goals of Washington in this new fight against terrorism in the Middle East, and remind us that the extremist groups that fight like IS are born with financial aid from countries such as the USA, Turkey, Saudi Arabia and Qatar.