The threat of foreign jihadis

Hundreds of European jihadis have travelled to Syria to join Syrian rebels in their fight against the rule of Bashar Assad. 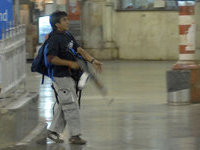 It is hard to give a precise number of fighters or their countries of origin since there is yet no real census and the publicly available sources are often incomplete.

Recent studies by the International Center for the Study of Radicalization (ICRS) reveal that approximately 600 Europeans have joined the Syrian rebels, about 7 to 11% of the total number of fighters. They come from different countries, with a large number from United Kingdom, the Netherlands, Germany, Belgium, Norway, France and  Denmark but with several also from Sweden, Italy, Kosovo and Bulgaria.

According to some researchers the reasons for joining the rebels are not strictly linked to religious-political ideology but rather because of videos and photos on the atrocities of war committed by government forces and the lack of support to the Syrian people from the International community. Researchers believe that foreign fighters embrace jihadi doctrine and ideology only once they reach Syria and get in touch with jihadi fighters on the ground. In addition not all fighters who join Syrian rebels necessarily join al-Qaeda.

Although such thoughts do raise some doubts; in the first place it is impossible not to notice the evident hegemony that jihadi groups such as Jabhat al-Nusra and Islamic State of Iraq (ISI) now have in Syria and their main objective which is defeating Assad's rule and enstablish an Islamic sharia-based state, rather than letting the Syrian people decide for themselves.

Secondly, if European fighters are willing to risk their lives to join the anti-Assad cause then it must mean that in some way they have already embraced a certain type of religious ideology and arguably the line between religion and politics in Islam is often non-existent.

At this point another question arises: where, when and how did they approach Islam?  What is their network of reference and who provided them material on the atrocities committed by Syrian government forces? Are these environments linked to jihadi networks?

An interesting example is Italy, a country that is not on the top list for the number of fighters who have joined Syrian rebels; a dozen at the most according to investigators and it includes Italian citizens and Syrians living in the country.

Four Syrian citizens who have recently been spotted fighting in Syria by the Italian media seem to be close to an Italian Islamic organization with close links to the Muslim Brotherhood.

Giuliano Delnevo, an Italian convert from Genoa who was killed in Syria in June 2013 while fighting with al-Qaeda linked Jabhat al-Nusra turned to Islam in 2008, initially approached a more mystical path of Islam but then turned to the jihadi ideology, expressing radical views on several videos that were uploaded on his YouTube channel "Liguristan". In one of them he accused non-Muslims of plotting against Islam, with a continuous and almost obsessive use of the term "kuffar" to define non-Muslims.   On his Facebook page there were several references to Chechen elements such as pictures of Emir Khattab and a link to a terrorist website. All this occurred way before leaving for Syria.

Twenty-year old Anass el-Aboubi, Italian of Moroccan origins, now fighting in Syria along with the jihadis, was arrested in the spring 2013 with terrorism charges and was released at the end of June. El-Aboubi had tried to open the Italian branch of "Sharia 4" after travelling to Belgium and getting in touch with members of "Sharia 4 Belgium". According to Belgian authorities at least 33 people with links to Sharia 4 Belgium were either fighting with, or on their way to fight with al-Qaeda-inspired jihadists in Syria.

In April 2013 the Belgian police conducted an operation in Antwerp and Vilvoorde, which is situated about 20 kilometers north of Brussels, home to most of the 70 young Belgians who are known to have departed for Syria months before. In the operation at least six people were arrested, including Fouad Belkacem (alias Abu Imran), a well-known Antwerp-based Islamist who is the main spokesman for Sharia 4 Belgium, and who has long called for turning Belgium into an Islamic state.

Nineteen year-old Belgian citizen Brian de Mulder, from Antwerp, converted to Islam around 2011 and embraced radical ideology after connecting with Sharia 4 Belgium.  As one of his relatives explains Brian totally changed from a sporty boy to a programmed robot. His family tried to help him but he became more and more radical; he only cared about prayers and even left school.

These are just a few examples but there are plenty more in other countries that could confirm how many of these fighters do embrace jihadi ideology long before leaving for Syria; it is evident how they are brainwashed by certain groups and it is also clear that in order to reach Jabhat al-Nusra and ISI they must rely on specific networks of recruiters and they must have "positive references" among the Salafi  environments since such groups are very suspicious and always fear infiltration of foreign agents.

Russian security services were able to give quite a clear picture of the recruitment process that involves many volunteers from Caucasus and Tatarstan.

As explained by CACI:  "a quite effective network of Salafi activists has recently been established in Russia with the aim of coordinating the recruitment of North Caucasian, Central Asian, and Tatar fighters to Syrian battlefields. They are increasingly adopting a virtual mode of operation".

And again: " sources believe that some sort of recommendation is still needed for the application to be taken seriously by the recruitment officers. In order to prevent Russian agents from infiltrating the recruitment process as well as fraud, the potential recruits usually need some previous experience with membership in Salafi communities and thus a recommendation from the leaders of those communities".

According to Russian media one of the alleged recruiters is Salman Bulgar, also known as Aryat Vahitov, an ethnic Tatar and Salafi from Naberezhnie Chelny. Bulgar is a veteran of the Afghan war and is considered in charge of "fighter headhunting" through the internet.

Post-Soviet Muslims have a strong presence in Syria, approximately 200 according to investigations and most of them are from the Northern Caucasus and there is even a "Chechen brigade" known as the "Mujahireen" that is led by a commander from the Russian Caucasus known as Abu Omar al Chechen. The group fights side to side with Jabhat al-Nusrah and ISI. Its members include fighters from the Islamic Caucasus Emirate and it has played a major role in overrunning several major Syrian military installations over the past year.

The real concern of security services all over Europe is that these fighters will return home once the Syrian war will be over and they might decide to bring terror to their countries of origin. A scenario that has already been seen after the Soviet-Afghan war, with many former mujahideens joining al-Qaeda.

Algeria for instance experienced ferocious violence in the '90s and many of the jihadis linked to Armed Islamic Group (AIG) were former fighters of the Afghan war.

British security services recently raised concerns about UK citizens who are fighting in Syria and may use their military know-how to wreak havoc when they return home.

Russian authorities have similar fears with the hundreds of experienced fighters that could soon seek to return to the North Caucasus, posing a serious threat to Russia's internal security and aggravating the security of the forthcoming Olympics in Sochi.

Such threat clearly needs careful analysis and the implementation of all the required measures in order to prevent the potential collateral effects.