Threat of shutdown in Portuguese-Angolan relations?

President José Eduardo dos Santos, at the opening of the 2nd legislative session , the 3rd term of the National Assembly, in his State of the Nation address, having discussed various issues including the desire to reduce poverty below 35% - if I remember  in interview with Henrique Cymerman broadcast by TV channel SIC, had he already said they were below that threshold, could it be that there were some setbacks - and especially by the seismic declaration about the end of the strategic partnership with Portugal.

The impact this is having both in Portugal and in other media, especially in Europe led to me being contacted by the agency LUSA and also the Portuguese section of Radio France International (*) to give my vision of this event. 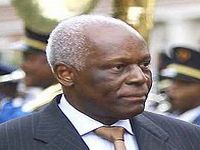 To both, while underlining that in the words of Eduardo dos Santos is a certain warning, I stated - and reiterate - that they were more for domestic consumption than, really, to cause a collapse in relations between the two states.

Still, it is good that Portuguese diplomacy does something to alleviate the strange ripples caused by statements of its Ministry of Foreign Affairs and made almost cataclysmic by the media and by a certain fringe in Portuguese politics.

The question is, although I think the words of President Eduardo dos Santos were for domestic consumption - if we see the files, every time there is an inflamed editorial in the officious Jornal de Angola, dos Santos always appears as the calming and "softening" influence in the tense political relations so that the economic ones continued unabated - it is also true that it is strange that they arise just over 48 hours after the Secretary of State for Foreign Affairs and Cooperation of Portugal said that the summit between the Governments of Angola and Portugal would not happen in November, as expected, but, already confirmed, would take place in February 2014.

We will await the coming developments ...