The United States has made a decision to supply arms to Syrian insurgents. Expert of the Institute of Strategic Studies and Analysis, Sergey Demidenko, said in an interview with Pravda.Ru that the USA had not specified what kind of weapons exactly will be shipped to Syrian rebels. 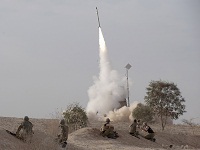 "The wording is quite soft - it goes about the supplies of certain types of weapons to the Syrian rebels, but they do not say that exactly is going to be shipped. One should not make a sensation out of it, because nothing has happened yet. America continues to confidently stick to its point of view.

"So in America, there are two points of view fighting. One is of the Senate that believes that one should arm the opposition. ​​Saudi Arabia pedals this idea. And the second one is the point of view of the Obama administration that does not want to take this step, but is forced to give in to the pressure from the Senate, Congress, etc," the specialist said.

U.S. President Barack Obama ordered to provide Syrian rebels with American weapons, Reuters said with reference to an unnamed source in the administration. Military sources told The Wall Street Journal that a limited no-fly zone was going to be created above Syria, along the border with Jordan - a key U.S. ally in the region. There is a continuous flow of refugees into this country. In addition, American instructors train Syrian rebels in Jordan.

An official confirmation of the details of the USA's "war plan" in Syria has not arrived yet. Obama will consult the Congress and the leaders of the G8 summit in Northern Ireland on June 17-18. However, the recent statement from the White House saying that the Syrian regime used chemical weapons and thus "went beyond the limits", leaves no doubt about the seriousness of Washington.

In August of 2012, Obama warned that any evidence proving the relocation or the use of chemical weapons and other weapons of mass destruction in Syria would be perceived as a move to "cross the red line." Should this be the case, the United States will start acting differently, Obama said. It goes about military intervention in the Syrian conflict, and many saw it as a threat of direct invasion.

The statement of Deputy Assistant to the U.S. President for National Security, Ben Rhodes, basically captures the "step beyond the red line." According to him, Washington will begin to provide direct military assistance to the Syrian opposition. Rhodes was not specific about what exactly was in question, but made it clear that the assistance would be different both in scale and type of what had been previously delivered to the so-called Supreme Military Council of the Free Syrian Army.

In late May, the U.S. Senate authorized the delivery of American firearms to Syrian rebels, despite fears that the arms could fall into the hands of al-Qaeda-associated militants. As reported, the White House is aware of such a prospect, so the groups that will receive the support from the U.S. will be checked carefully.

At the same time, Rhodes pointed out that he was not talking about direct U.S. military intervention in the Syrian conflict by establishing a no-fly zone, or performing another operation. "A no-fly zone would carry with it great and open-ended costs for the U.S. and international community," Rhodes said, adding that its introduction would entail more costs than it was in Libya's case.

"Maintaining a no-fly zone over Syria would be more complex than it was in Libya, and it is not known how effective it could be to help rebels involved in ground war with forces loyal to al-Assad,» Rhodes said.

However, according to the WSJ, a "limited" no-fly zone may be introduced over Syria. As conceived by Pentagon experts, it should spread 25 kilometers inland from the border with Jordan. The zone will be serviced by Patriot air defense systems and F-16 fighters deployed in Jordan.

At the same time, according to the developers of the plan, the United States will not even need a resolution from the UN Security Council, as the U.S. military will not be invading Syrian airspace regularly, nor will they stay on the territory of Syria."

According to the newspaper, U.S. Air Force aircraft are equipped with air-to-air missiles, allowing them to destroy targets on the territory of Syria from a distance, without invading Syrian airspace. At the same time, aircraft may enter the airspace of Syria "for self-defense purposes" - if there is a threat to them from approaching Syrian aircraft.

As for possible arms supplies, although they have not been officially announced yet, the Syrian opposition has already requested advanced weapons from the United States and its Western allies, including anti-aircraft missile systems. A copy of the request that was sent earlier this week by the commander of the Free Syrian Army, General Salim Idris, also got into the disposal of WSJ.

All this is happening against the backdrop of Russia's plans to supply S-300 air defense systems to the Syrian authorities as part of the contracts concluded before the start of the Civil War. Simultaneously, Russia and the United States are trying to organize an international conference on the Syrian issue in Geneva. Rhodes assured that Washington would continue taking efforts in this direction.